Brittny Gastineau and Michael Phelps did indeed spend a cozy weekend in Los Angeles together--she was even spotted leaving his hotel early Saturday morning--but despite reports elsewhere, it's premature to say the pair are dating, TooFab has exclusively learned. 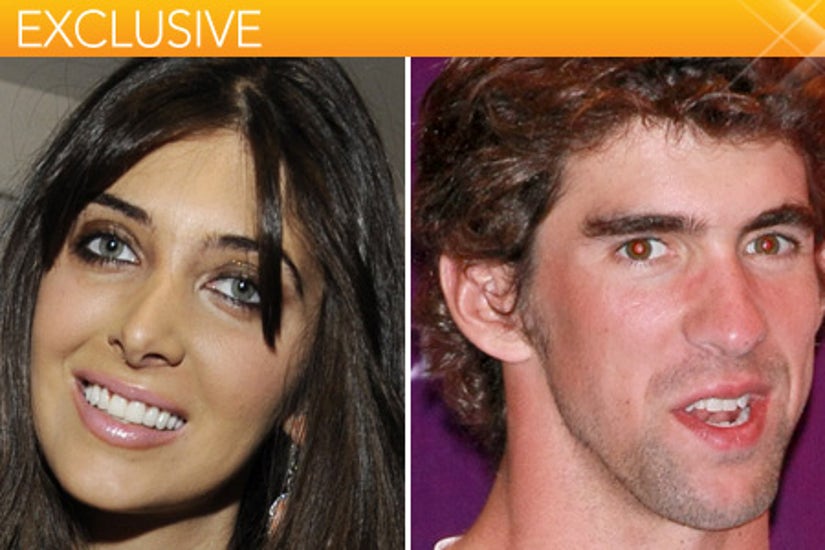 On Friday night, the pair were spotted at the Mondrian hotel's hotspot Spin. An eyewitness tells TooFab, "They were having a good time, drinking together, and just being intimate. People were even coming up to them asking for pictures."

Another eyewitness adds, "I saw Brittny leaving the hotel [where Phelps was staying] during the early hours of the morning."

Then on Saturday, the Tres Glam jewelry designer and the swimming pro headed to The Grove, where they walked around the outdoor shopping center, "having a casual stroll, drinking coffee," a mall-goer tells TooFab.

But an insider tells TooFab of Phelps and Gastineau, who's been linked to "Entourage" stars Jerry Ferrara and Kevin Connolly, "It was just a couple of outings, who knows if they'll see each other again. They had fun, and got along, nothing is carved in stone."