Yes, it's true....Pink is pregnant--and she thinks it's a girl! The singer confirms she and husband Carey Hart are indeed expecting their first child, on Wednesday's episode of "The Ellen DeGeneres Show." 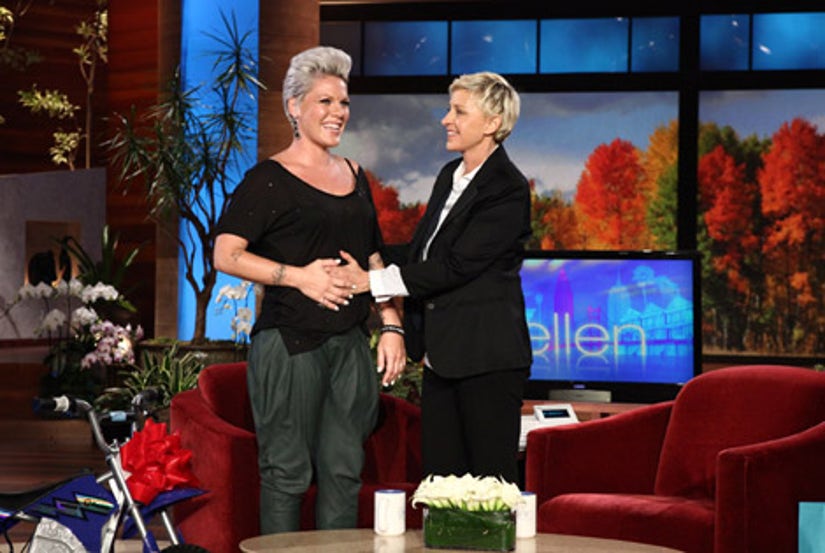 When asked if it the pregnancy was planned, Pink said, "I worked for it. It was no an Oops."

And she added of the baby's sex, "I don't think I want to know but the doctor kind of told me what she thinks. I'm terrified because she thinks it's a girl." Pink added, laughing, "My mom had always wished me a daughter just like me. I'm terrified one of us will go to jail."