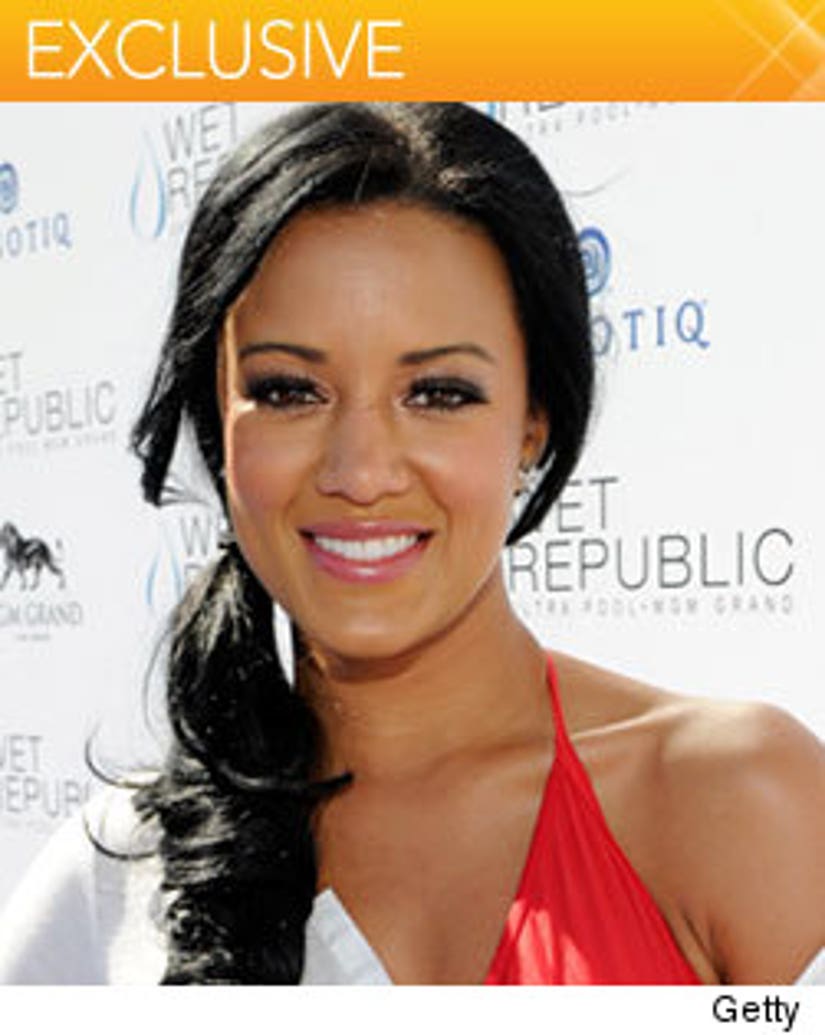 "Hellcats" star Heather Hemmens, who was also in the "The Dukes Of Hazzard" with a daisy duke-wearing Jessica Simpson, tells TooFab that Simpson's fit physique was "absolutely" inspiring--and she's kept that motivation ever since!

"I watched her her work very, very hard for that role," Hemmens, who plays mean-girl cheerleader Alice Verdura on the hit CW show (Wednesdays 9p/8c), tells TooFab. "Anyone with that much motivation is a big inspiration to me. We actually do a cowgirl-themed [routine in "Hellcats"], and I did channel Jessica Simpson for that!"

Aside from being inspired by the pop star, Hemmens talked to TooFab about her role, her fitness regimen, and her dating situation.

Were you a cheerleader in high school? No, and I had no cheerleading or dance background before I got on the show. They've been working very hard to get me up to speed!"

So what's it like playing a cheerleader? "It's like playing any other role as an actor: Demanding, involving and fun. We get to do more than just the dialogue scenes with the dancing, and being at college, we're able to do the racy and sexy scenes. And the love triangles make it a really fun show!"

What's your fitness regimen? I run four miles every other day, and I do lots of push-ups and crunches!"