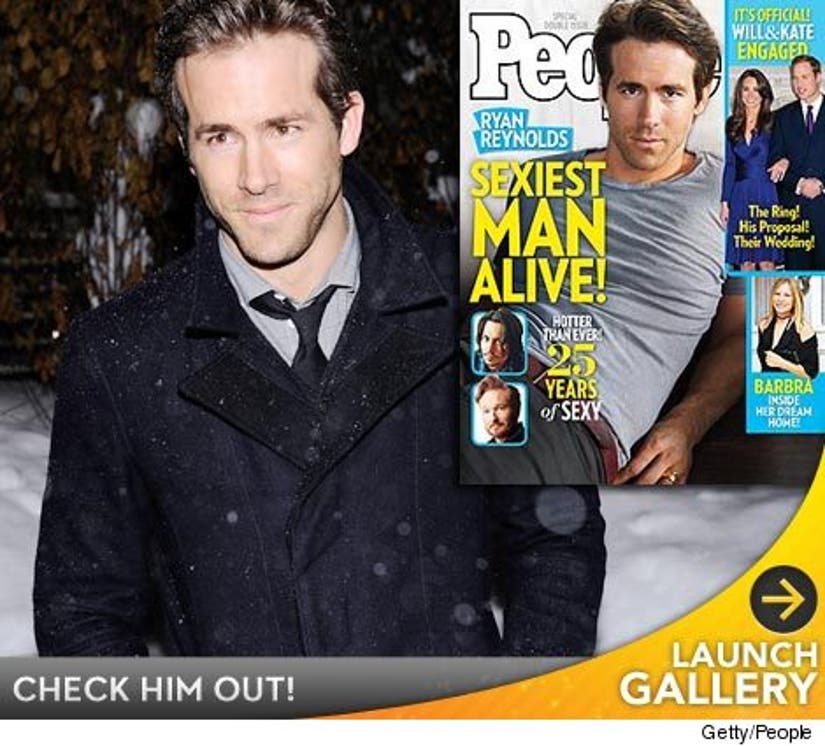 Of his new title, the "Green Lantern" star jokes "This gives my family entre into teasing me for the rest of my life ... The most difficult part is going to be organically working this title into a conversation with random strangers."

As for his wife, Scarlett Johansson's, reaction to the honor, Reynolds says "Now it's going to be, 'Sexiest man, take out the garbage.' That does sound better."

Check out our gallery of Ryan -- and more from the full list over at People!