The new judging panel won't be the only revamped thing about "American Idol" this season -- because there are some other serious changes coming to the hit show. 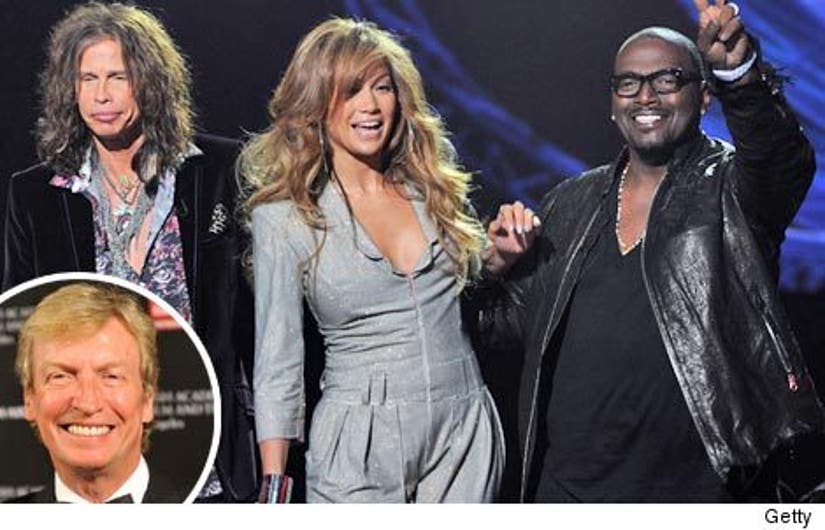 According to executive producer Nigel Lythgoe (inset), contestants will have tasks like making the best music video, self-promotion and working with a band and dancers for an awards show-type gig.

There will also be no Top 24 this year -- just a Top 12, according to Nigel's interview with TV Guide.

Lythgoe posted a couple more changes on his Twitter earlier this month, saying the contestants will all live together in a house -- like Season One -- and not in hotel rooms.

The kids will also be limited to using instruments -- with Nigel saying they'll still be able to strum a guitar, but "just not every week."