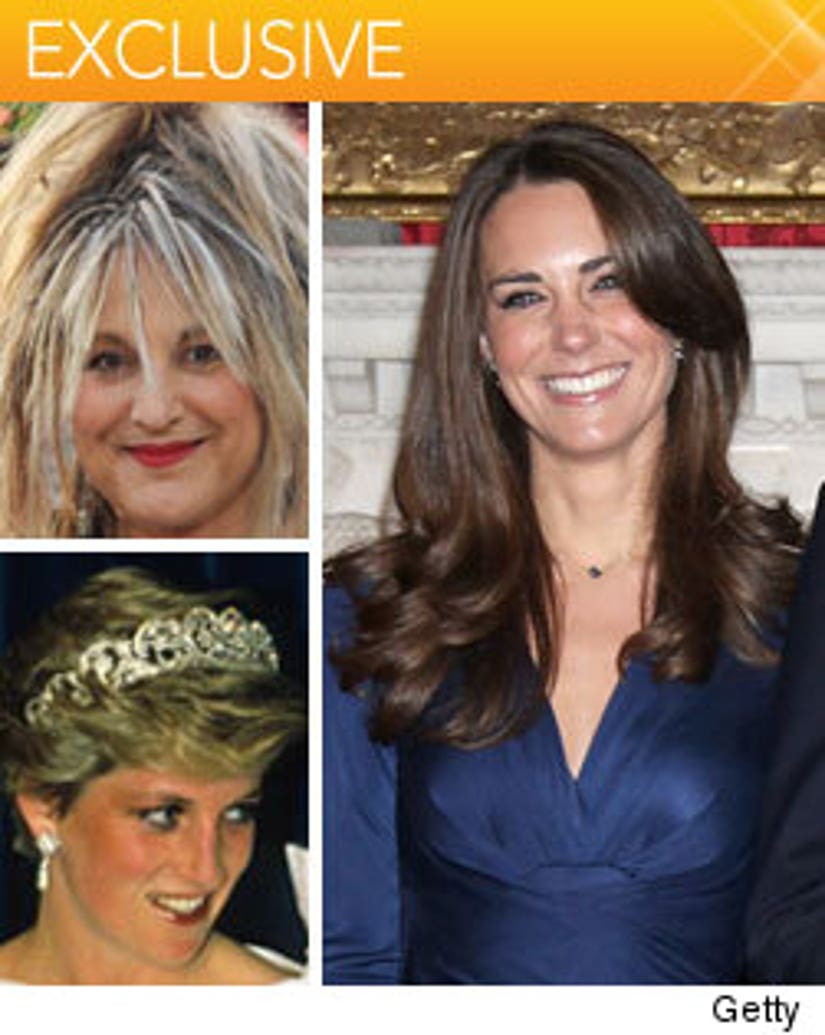 TooFab exclusively spoke with Elizabeth Emanuel, the British fashion designer who created the late Princess Diana's wedding gown, and she has some advice for Kate Middleton, who's engaged to Diana's son, Prince William.

"I think she's got a very good figure, so she should probably wear something quite simple, but with a really nice, strong silhouette--probably classic, but with a bit of an edge to it, since she's got a good fashion sense," Emanuel, who has not been commissioned yet to create Middleton's gown, tells TooFab.

Emanuel added she expects Middleton's gown to be immediately replicated for the masses by other designers, following the wedding. "I think it will be very much copied, and if she wears the right dress, it will really set the trend for 2011 and onwards."

Emanuel says a key difference between Diana and Middleton, is that Diana had a less-developed sense of style than Middleton does now, since she was 20 when she married Prince Charles in 1981, whereas Middleton turns 29 in January.

"They come from different times, as Kate is a bit older, and she has a defined style," she says. "She has a very distinct look. I would be surprised if she veered from that. Diana was only 19 when we started dressing her; she didn't have a distinct style then. We really guided her."

And needless to say, Emanuel expects Middleton and Prince William's wedding to be spectacular. "Absolutely. It will be a really big wedding. It will be really nice for Britain. Such weddings don't come very often, and it's something to look forward to."