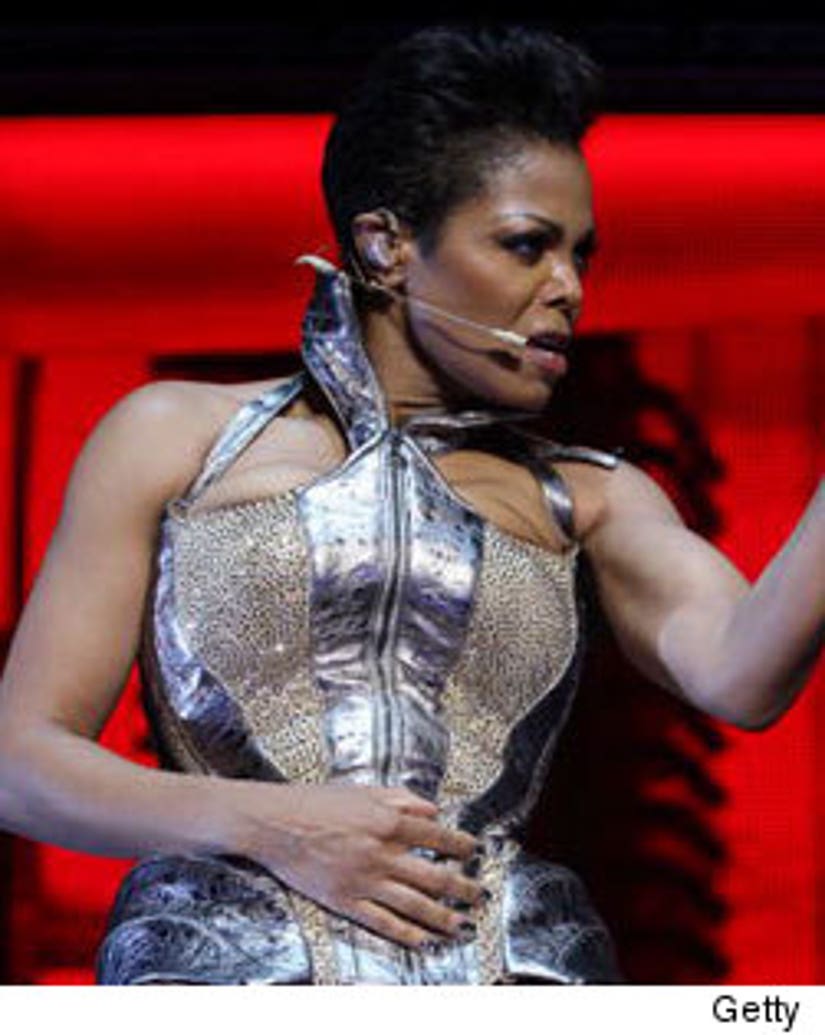 Janet Jackson announced today that next year she will kick off her "largest ever world tour celebrating 35 number ones [songs]."

Jackson, 44, broke the news in a video message posted on JanetJackson.com, adding, "This tour will be different from those in the past in that I'll perform music exclusively from my number ones."

When Jackson appeared on "Larry King Live" Nov. 4 to promote her film "For Colored Girls," she assured fan that her film work didn't mean she was putting performing on the backburner. Well, she kept her promise!