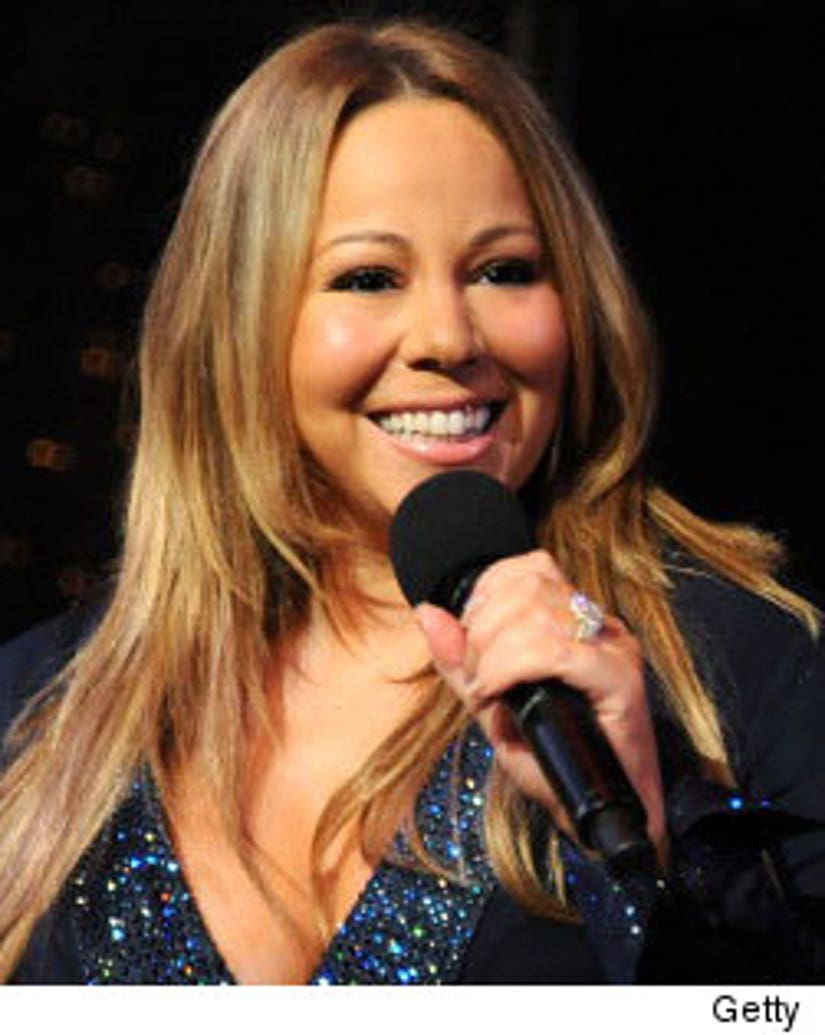 Mariah Carey sure seems to believe that a child is never too young to begin introducing music into their life: She's singing whole albums to her baby bump!

When Carey, who's expecting her first child with Nick Cannon, was asked by Radio Disney's Ernie D if there's a particular song from her new "Merry Christmas II You" she's singing to her belly, she said, "The whole album, because I was recording this, and that's what was going on. I just hope that they don't turn out hating Christmas!"

During the interview, which airs Tuesday, Carey said being pregnant means this Christmas will be a bit different. "I'm trying to figure out how I can so some of the things, but a lot of the things are just out. I'm trying to figure out where we're going for Christmas, because I usually go to Aspen, but I'm not supposed to go there this year because I can't ski and I can't really do any of that stuff being pregnant."