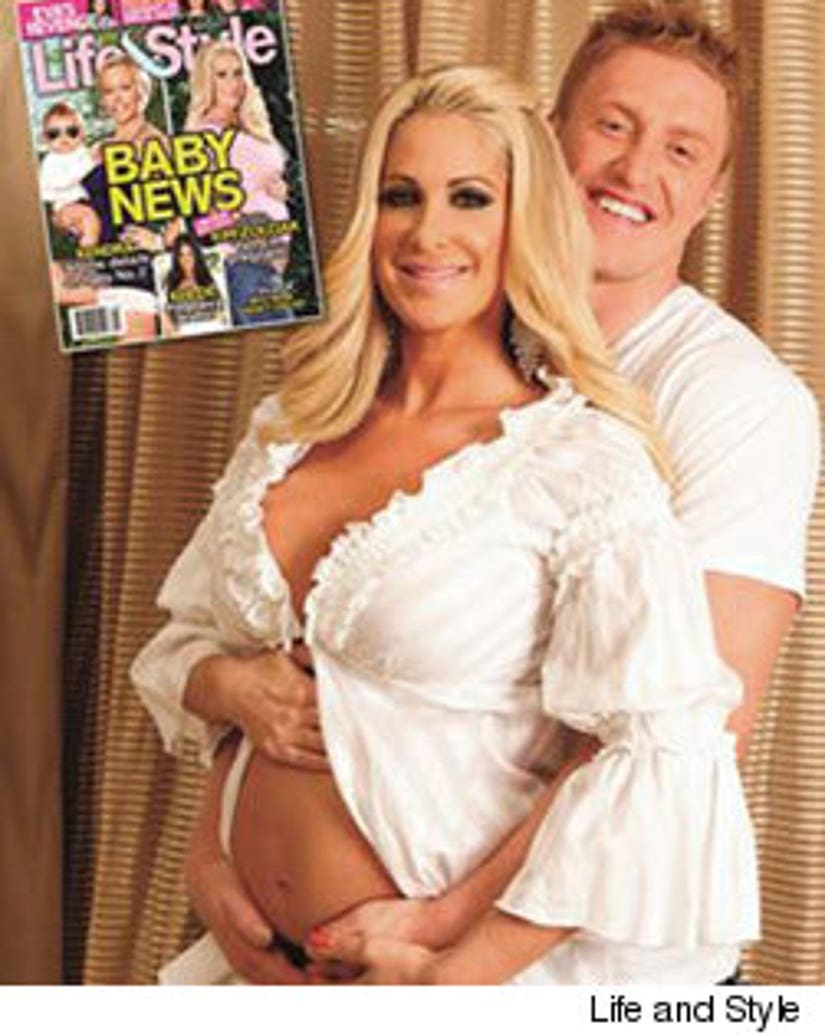 Kim Zolciak is pregnant -- and viewers of "Real Housewives of Atlanta" just saw her meet the babydaddy on last week's episode!

This morning on her Twitter, Kim confirmed rumors that she and boyfriend Kroy Biermann are having a baby, saying "We are happy and excited to announce that Yes we are expecting. :)"

Zolciak tells Life & Style that she's three months along, adding "I definitely don't want to get married while I'm pregnant, but I can see myself marrying Kroy in the future.”

Kim met Kroy, who plays for the Atlanta Falcons, at a charity event that both he and "Real Housewives" co-star Sheree performed in on last week's episode of the show.