At 22-years-old, Rihanna's not ready to start a family just yet. 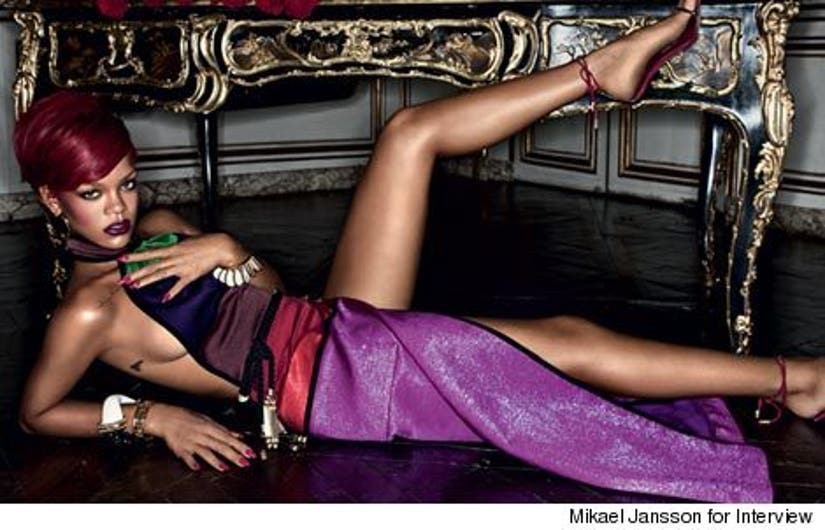 In a new interview with Interview Magazine, Rihanna talks babies, saying "I have a lot of other stuff to accomplish before I get to kids. So . . . Whenever the time is right, I'll just know. I don't really plan on the age. It could be a year from now. It could be 10 years from now. Whenever is right."

The singer, who is currently dating Los Angeles Dodgers outfielder Matt Kemp, adds "But in a perfect book, there would be marriage and kids ... If I had a girl, she'd probably be really rebellious. She would be like a bundle of karma."

Rihanna also talks about her upcoming role in "Battleship," saying "This is the first time I actually ever have been in a real movie and I'm really enjoying the experience actually. But I'll never shut off from music and just do film. I love music too much."