Teyonah Parris plays Reese Witherspoon's best friend in the upcoming film "How Do You Know," and the actress tells TooFab that Witherspoon said she missed her beau Jim Toth while shooting the romantic comedy! 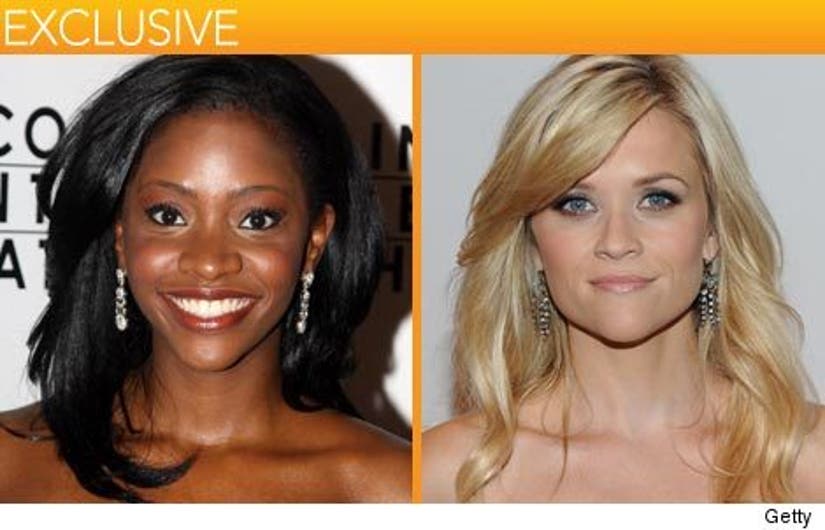 Parris, who also was in the TV series "The Good Wife," tells TooFab the pair didn't swap advice about men or dating, but she says, "She mentioned someone she was dating [Holywood agent Toth] at the time, and how she missed him!"

The rising star, who's making her feature film debut, says of Witherspoon, "She was really personable. She knew it was my first time working on a film set...so she was telling me things that are normal, and things that aren't normal."

Aside from chatting about her co-star, Parris talked to TooFab about fitness, fashion and being a triple threat!

Who's your style icon? "In my mind, I would love to dress as Beyonce when she's onstage. Like in my mind, I am that fierce. In actuality, I'm more simple, like, 'let's throw on some jeans and a T-shirt.'"

What's your fitness regimen? "I played softball for twelve years, and in the movie we're softball players, so as far as that goes, I was pretty much [in shape]. I started to run a little bit more."

You're currently on Broadway in "A Free Man Of Color." Which do you prefer: Films or Broadway? "I like them both. I actually grew up doing theater. I've been doing it for years now that was my first love. Then as I got further into learning the craft, the whole world of television and film started to appeal to me. Ideally I would be happy doing some theater, some film, some television, throughout my career."

"How Do You Know" opens in theaters nationwide December 17.