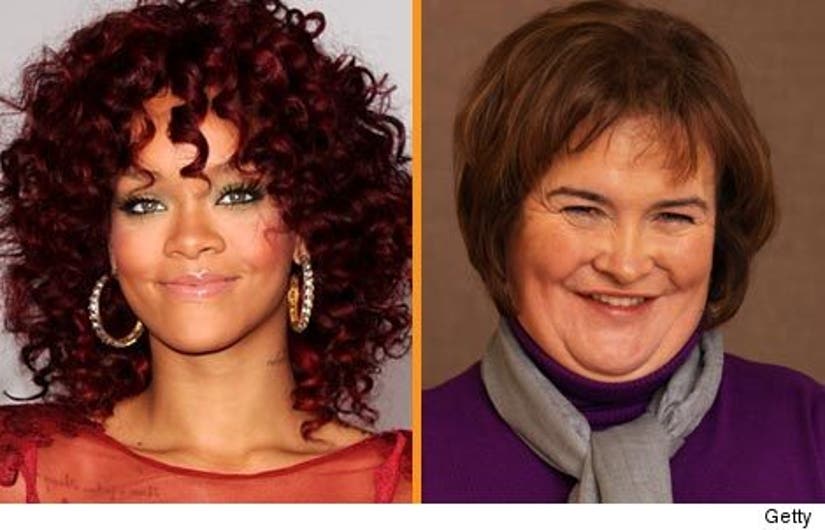 Boyle said in an interview this week, "would I be good at R&B? I suppose you never know. Maybe me and Rihanna could get together, I could dye my hair purple."

That prompted Rihanna to Tweet Tuesday, "Hold up! I might be a lil late, but just heard that THEE SuBo wants to collab wit ME??!? I'm game, doesn't get much cooler than this."

While such a collaboration may sound wacky, it's not as crazy as you may think: Boyle's second album, "The Gift," topped the charts this week and trumped Rihanna's new release.