Erin Barry, the ex-wife of San Antonio Spurs player Brent Barry broke the basketball wives code of conduct by striking up a relationship with her husband's teammate, Tony Parker while he was still with wife Eva Longoria. 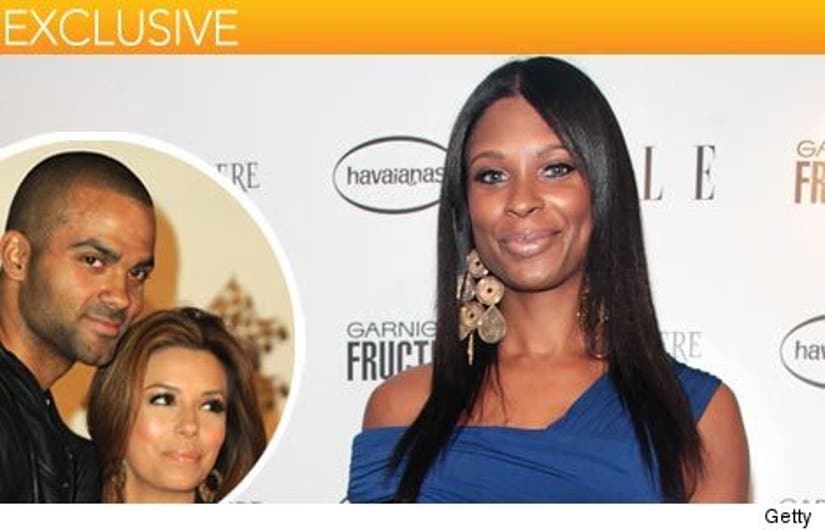 Although Erin recently took to Facebook, saying she and Parker struck up a "friendship," not an affair, Williams tell TooFab. "[Erin] definitely crossed the line, and that is completely unacceptable," says Williams. "I was very shocked because I know her and Eva were pretty good friends, and I was like 'Oh my God, that is so crazy.'"

Williams says of basketball wives, "It's not necessarily a club, but it's just a group of women. We all have this one thing in common, which is basketball, and we know what it's like to be with one of these guys. You just kind of bond."

Meanwhile, get ready to see Williams engaged in some of her own drama, when the second season of reality TV hit "Basketball Wives" kicks off on Dec. 12. She spoke with TooFab about life as a basketball wife, how it compares to being married to a football player, and what's in store for her in the new season:

On being married to an athlete: "It definitely has its challenges, but it has some perks as well. It's definitely not your typical marriage, because the guys are traveling a lot. But I think the most important thing is for us women who are married to an athlete, is don't get lost in the relationship, and make sure you do something for yourself."

On what to expect with the upcoming season of "Basketball Wives": "I'm definitely not the fighter, but I do have a little argument with [co-star] Tami [Roman] about food stamps, because I never saw food stamps, so she had a huge problem with that, which I couldn't understand. I was like, 'Don't blame me, blame my parents!' A lot of people haven't seen food stamps. But for the most part, Season Two is me just going through the trials and tribulations of being married to an athlete, figuring out what I'm going to do, and whether or not I'm going to remain a basketball wife."