And yes, the mouth-watering 6'2"-tall, 235-pound athlete shares the same name as Kardashian's mom. And his family apparently shares a similar obsession with the letter "k": His sisters are Krystal and Kaela. 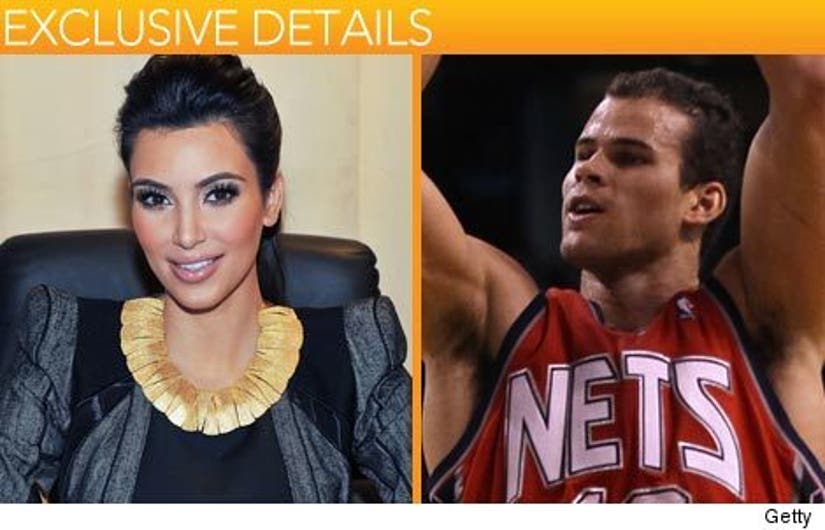 A source tells TooFab, "Kim and Kris met the first week of November. They've been taking it slow. They just get along so well!"

The source adds that Kardashian, 30, was seeing both Aubry, 34, and the Minneapolis-born Humphries, 25, simultaneously, but the athlete won out. "Kim was trying to date around, and just be single, so she met Gabriel, but things just started to heat up with Kris, so she ended it with Gabriel."

As "Life & Style" first reported, Kardashian and Humphries had a recent date at Nobu in New York City, as well as a Dec. 5 date at Maxwell's Bar in Hoboken, N.J. And on Nov. 29, Kardashian headed to Newark, N.J., to watch her new beau play.