George Clooney sure is a class act: Following a romantic dinner with girlfriend Elisabetta Canalis Saturday night at an LA.-area Chinese restaurant, he tipped the wait staff $100! 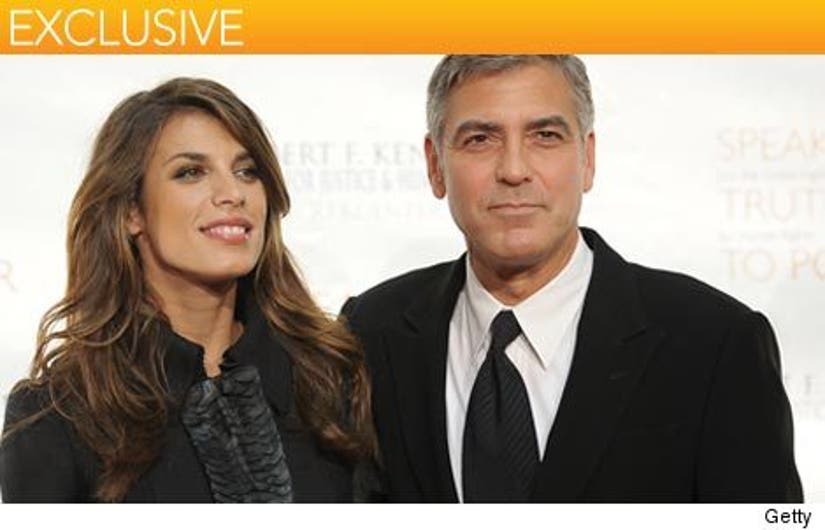 A source tells TooFab that while dining at Studio City's Chi Dynasty restaurant, the couple "held hands, were laughing and were super cute with each other."

The couple, who began dating in 2009, kicked off their meal with egg rolls and lettuce cups, followed by fried rice, chow mein, chardonnay shrimp and orange chicken. And the drink of choice? Sake, of course!

Before leaving the restaurant -- which is also frequented by the likes of Jessica Simpson and Kirstie Alley -- Clooney slapped down a $100 tip, and left without any leftovers!

Just a few days earlier, on Wednesday, Clooney's Italian beauty was spotted shooting a commercial on the streets of Rome for the Festival of Sanremo. It was also announced this week that Clooney will play flamboyant auto executive John DeLorean in a biopic.