Nickelodeon star Elizabeth Gillies is a pretty fearless fashionista! At just 17, she admits that former goth girl Angelina Jolie's tough-girl looks of yesteryear appeal to her the most! 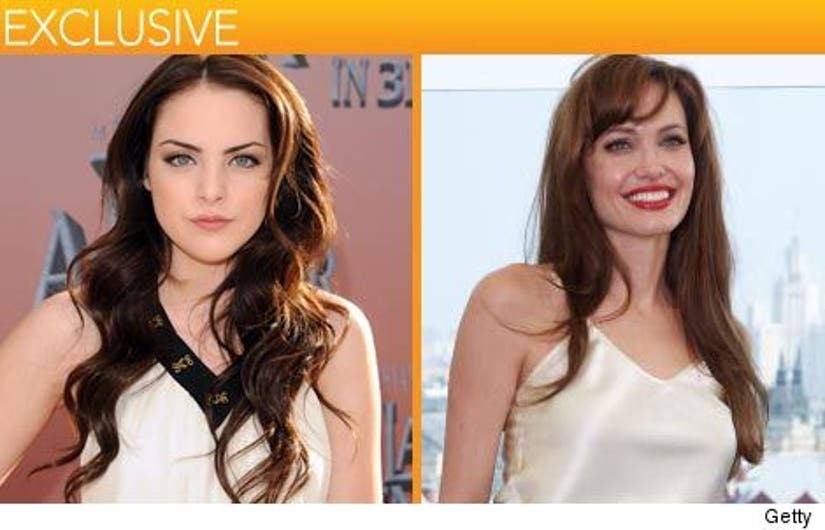 On the flip side, the New Jersey-born tells TooFab she likes the softer looks worn by other actresses. "I also love Mary-Kate Olsen's [looks] and Sienna Miller. And Miley Cyrus has amazing jewelry. Miley has really been rocking the whole hippie, 1970s thing," says Gillies, who's a triple threat! (acting, dancing and singing!)

Aside from talking about fashion, Gillies chatted with TooFab about playing the show's resident bad girl, how she stays fit, and her movie aspirations.

On Her Fitness Routine: "I try to work out as much as I can. We do a lot of dancing on the show so that kind of covers me a lot of the time. I also walk a lot with my mom. I have trouble going to a gym and working out; I like to do more things that have a purpose to them, like sports. I want to start rock-climbing or martial arts!"

On Transitioning Into Films: "I'm auditioning a lot. I would love to move into movies, and take on some more serious stuff. Hopefully I'll be working for a really long time because I love [acting] so much, so hopefully I'll get to do a lot of crazy characters."

On Playing Jade: "I like to show her vulnerability. I like the episodes where she is not predictable...when she's a little emotional. I have a lot of fun playing those sides of her, because she can be very cold and closed off."