Kate Middleton's status as a style icon has been confirmed: The dress Prince William's fiancée is wearing in this official engagement photo, will be re-released by its designer next month, following a surge of interest from fashionistas itching to own it themselves. 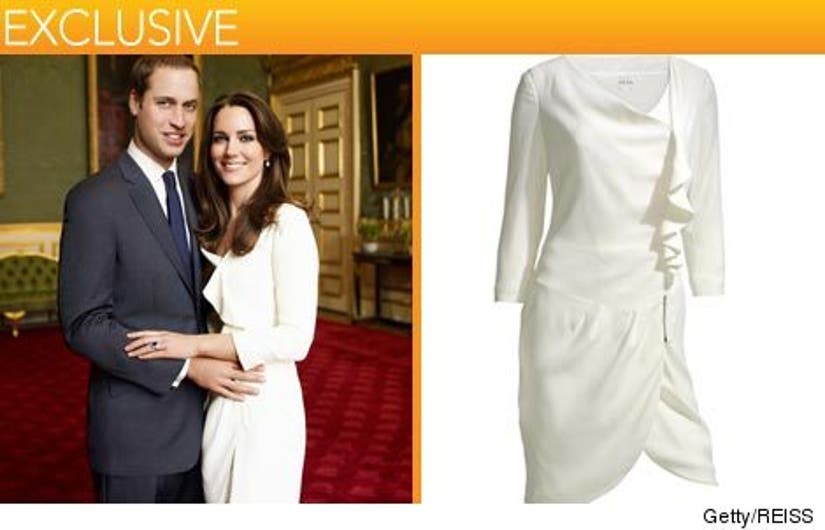 In the photo, shot on Nov. 25 in the Council Chamber in the State Apartment in St. James' Palace, Middleton wears a silk crepe dress by British design house Reiss. The dress, called the "Nannette," is actually from Reiss' fall 2009 collection.

But style-savvy royal watchers interested in emulating Middleton's look are in luck: A version of the dress will be re-released in January, and is slated to be sold at its stores in London, New York, and Los Angeles, as well as online, for about $325, a rep for the collection tells TooFab. The dress is considered "a core look" so it's typically modified each season.

A spokeswoman for Reiss tells TooFab of the dress being released in January: "It won't be exactly the same, it'll be changed a little bit. But it will stay very true to the one she's wearing. There will be some modifications. As soon as the photo came out, people started calling asking about it."

And David Reiss, the founder of Reiss, says, "Kate has been a customer of Reiss for some time now, and we are absolutely delighted that she chose to wear one of our dresses for such a wonderful occasion. We wish both Prince William and Kate Middleton all the best for the future."