Zac Efron and Vanessa Hudgens' split has shocked many celeb watchers. After all, they've spent the past four years gushing about each other! TooFab has compiled some of their best notable quotables, in which they fawn over each other. Plus, check out this photo gallery of the way they were! 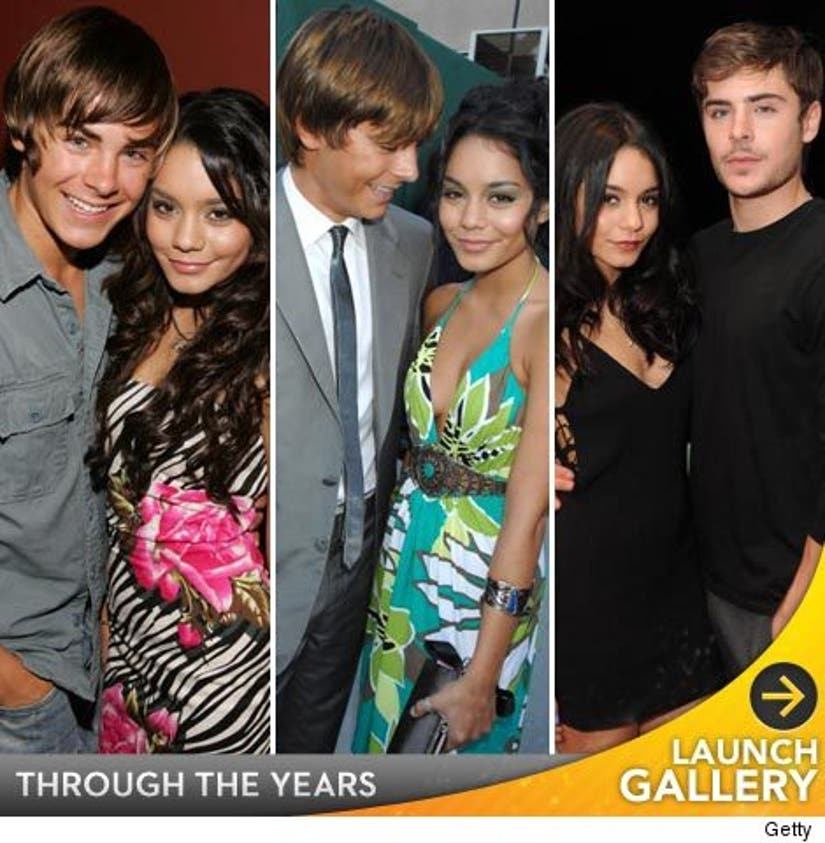 Zac in the September 2010 issue of "Details:"
"[Our relationship is] exactly how it should be. It's real."

Vanessa in the August 2010 issue of "Glamour:"
"I look at him, and I see a man. He's just grown-up... [When we met he was] adorable. I mean, he wasn't the guy that he is today. Like, he had a gap in his teeth! He was a whole different person...Right off the bat, we had a connection, I think everybody could see it...I think that we inspire each other. [I love] having someone to grow with."

Zac on "Jimmy Kimmel Live," in July 2010 about telling Vanessa his plans to visit a strip bar:
"That's the awkward part. It's like how do you even start that conversation without feeling like a total [expletive]. She was fine with it."

Zac to Metromix.com in July 2010:
“Usually [we] try and sneak out to a restaurant or something like that [on date night.] We go to the movies a lot. The movies are a place we tend to not get bothered surprisingly enough. We try and see most movies in theaters.”

Vanessa to "People" in July 2009:
"I think [marriage and starting a family] is great, but I'm so focused on my career right now that it doesn't really cross my mind."

Vanessa in the July/August 2008 of "CosmoGirl!":
"If you really love someone, you shouldn't have to work at it. You finish each others' sentences and have the same sense of humor."

Vanessa on "The Tyra Banks Show" in September 2007 (the early days!):
"It's fun to work with him. He's really sweet...I keep my personal life to myself."