Get ready for this: Increased testosterone levels may be behind all these celeb holiday splits! 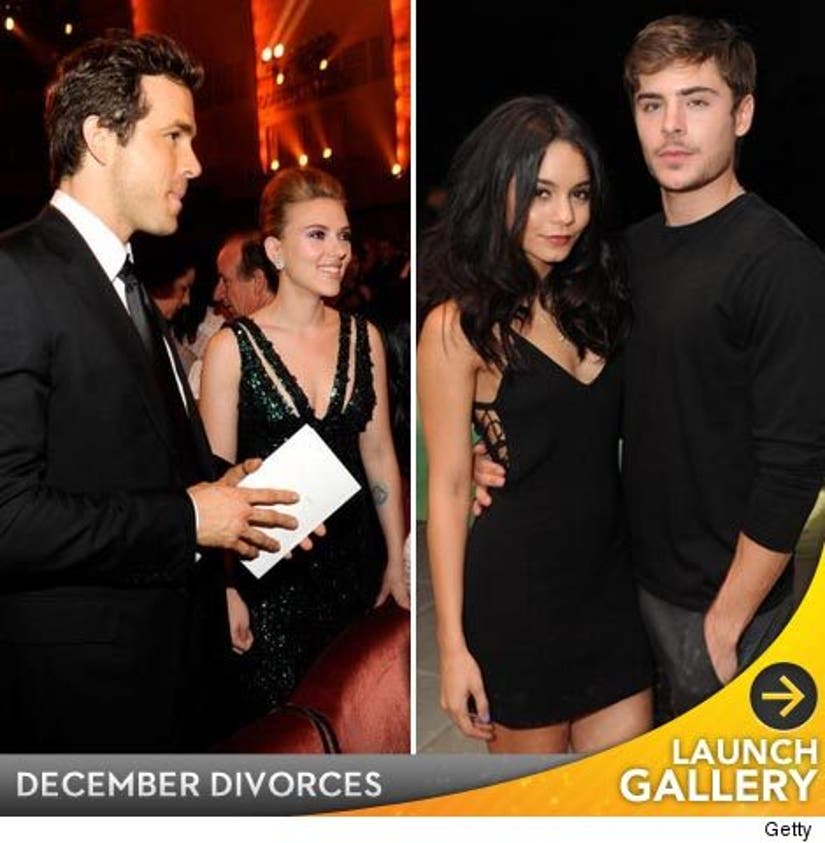 First Elizabeth Hurley and Arun Nayar called it quits. Then Zac Efron and Vanessa Hudgens followed suit. Soon after Ryan Reynolds and Scarlett Johansson announced their split. Then Michael C. Hall and Jennifer Carpenter, followed by "Nip/Tuck"'s Dylan Walsh and Joanna Going, jumped on the breakup bandwagon--and this was all within the past week.

According to Dr. Helen Fisher, Chemistry.com's relationship expert and "chief scientific advisor," testosterone's to blame for the recent round of breakups. "Levels of testosterone peak in the late autumn, in November and early December, and high levels of testosterone are associated with being analytical, logical, direct, decisive and tough-minded. So, if a higher testosterone man or woman is stuck in a bad partnership, he or she might get that extra bit of chemical drive to the make the leap--away!"

Meanwhile, New York City psychologist Dr. Jeffrey Gardere, has a simpler reason. He says the holiday season "is when you're supposed to be the happiest. And if you're not happy during that time, that's when it really hits home that you got a problem. You're supposed to be together and enjoy that time of year, but if you're at odds with each other, it really brings out the fact that the two of you are not on the same page."