Anthony H. Thomas, plays a boxer defeated by Mark Wahlberg's character in the new film "The Fighter," but Thomas says it's not a far cry from their real-life, off-screen sparring matches in which Wahlberg can knock him down! 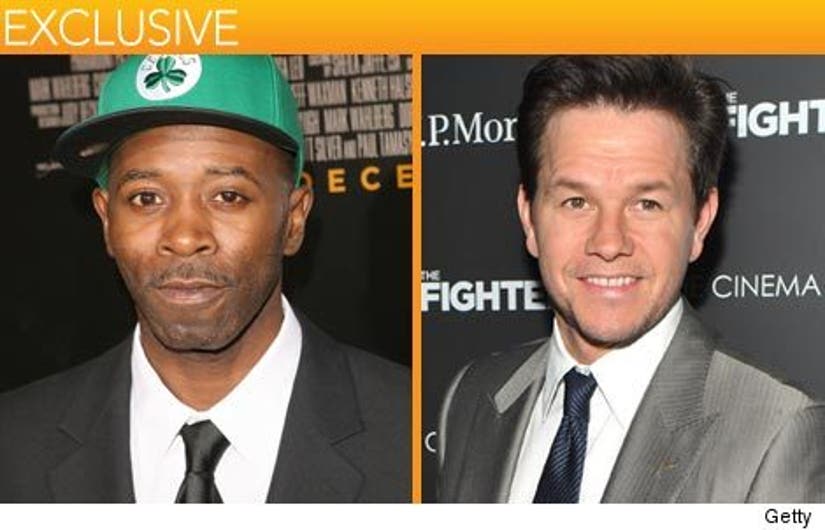 "Mark is a pretty tough competitor actually, so sometimes when we're fighting we really go head-to-head, toe-to-toe," Thomas, who used to be Wahlberg's personal assistant, tells TooFab."We actually did four rounds today, and unfortunately I wasn't training enough and I took a couple of strong body shots!"

Adds Thomas, a native of Roxbury, Mass., "Mark actually has about 400 pounds pounds of pressure in his left hand, if he connects. I'm prettry sure anybody would fall. He's a really strong guy, very strong guy."

As Wahlberg's former assistant, Thomas admits he lived a life similar to that on the HBO show "Entourage," which is executive produced by Wahlberg, but that there's no one character he's based on. "Because I've been one of the original members of [Wahlberg's] entourage for so long, basically my mannerisms have rubbed off on everybody, so I would say that they are all a part of me."

And he says being Wahlberg's personal assistant was a dream job. "I always wanted to be really deep in the entertainment world, and working with Mark exposed me to the whole industry," he says. "I got to meet great actors and actresses, producers, directors. I was very thankful for that."