Earlier this week TooFab shared holiday recipes from the cast of "The Jersey Shore." Now we have more holiday recipes: From "The Real Housewives of New Jersey" Danielle Staub, and Tony-nominated actress and singer Orfeh. Plus, Dina Lohan gives us a peek at her menu! 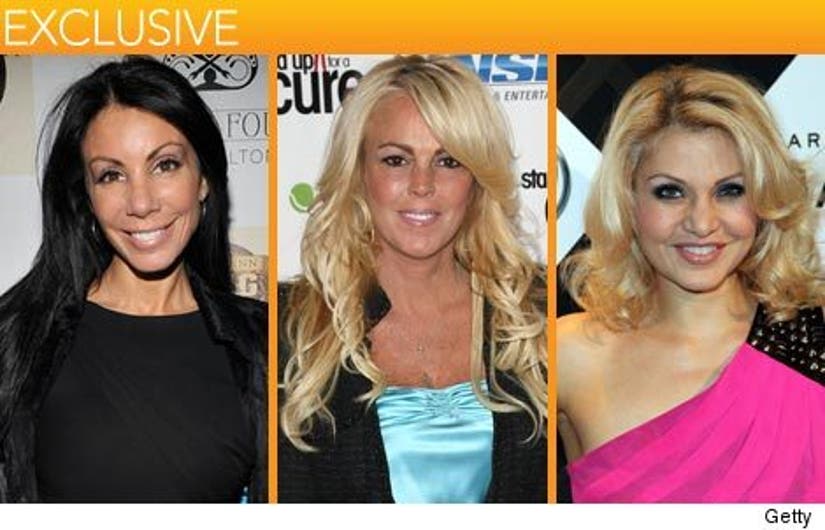 As for Lindsay Lohan's mom Dina, we tried to get her to reveal the specifics of her holiday recipe but she wouldn't totally reveal her family's secret, telling TooFab, "I make baked ziti every Christmas. It's mom's recipe." So how does she make it? "Carefully," she tells TooFab laughing. "We make it from scratch, as well as eggplant parmasean."

Below, Staub and Orfeh's recipes!

Staub loves the holiday season, and shares with TooFab her holiday beverage of choice!

Orfeh, who will appear next year in the off-Broadway production "Love, Loss And What I Wore," tells TooFab her cobbler recipe is "literally the easiest and tastiest cobbler youll ever make!"

Pie filling of choice ("For really great cooks, which I am not,you can make from scratch," says Orfeh)

Orfeh tells TooFab, "You fill your pan of choice with pie filling first, (Iprefer Cherry or apple), you then pour the cake mix on top of pie filling,sliced almonds on top of that and finally, melted butter to cover everything(as much butter as it takes to cover other layers close to saturation).

"You bake all of it at 350 degrees for about 35 to 40 minand voila, serve with ice cream of choice! It's a consistent crowd pleaser that'sreally easy to concoct!"