Two lucky fans got the chance to walk in Lady Gaga's ridiculous shoes last night -- after she threw her one of a kind Armani kicks into the crowd at a concert! 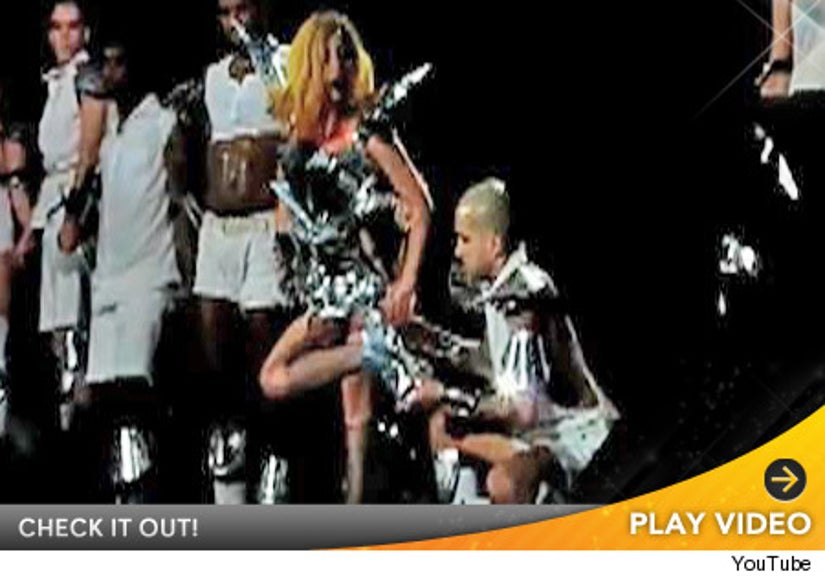 At the end of her Paris show on Tuesday, Gaga addressed the audience saying "It's a tradition when someone kicks ass to give them your shoes," before whipping them off and flinging them into the sea of fans -- adding "Mr. Armani is probably going to kill me."

After the show, Gaga tweeted "Tradition throws shoes to the stage after magic . 2nite I threw mine to the crowd, for BTW [her upcoming album "Born This Way"], luck, + a brilliant performance by lilmonsters."