The relatives of "The Jersey Shore" stars Vinny Guadagnino and Paul "DJ Pauly D" Delvecchio reaped the benefits of the reality TV stars' ballooning bank accounts this Christmas with pricey gifts--and TooFab's exclusively got the details. 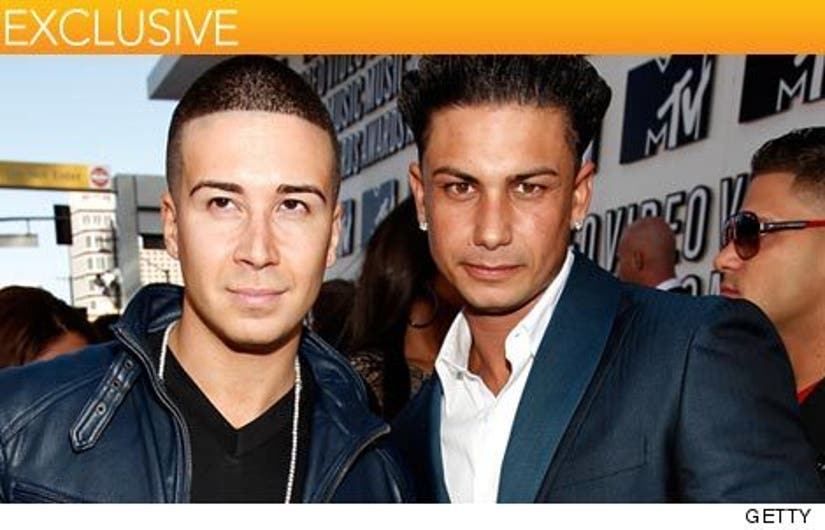 Sources tell TooFab that Guadagnino got his mom a coffee maker and a clothes steamer, while his dad scored gift certificates to a New York City restaurant, and a "gift certificate for quality time with Vinny, since his dad says he never gets to see him," says a source. Guadagnino's sisters, meanwhile, landed gift certificates to various clothing stores on Staten Island, N.Y., while one of his sisters who's vegan, received a gift card to an all-vegan food store.

As for Delvecchio, a source tells TooFab that he bought his mom a ton of products from Louis Vuitton, including a slew of purses. His dad received a 3-D flat-screen TV and a bunch of gift certificates to his dad's favorite stores. And his sister's kids received game units, games, and a bunch of toys.