One "Bad Girl" has some very good news: She's engaged--and TooFab's got the exclusive details! 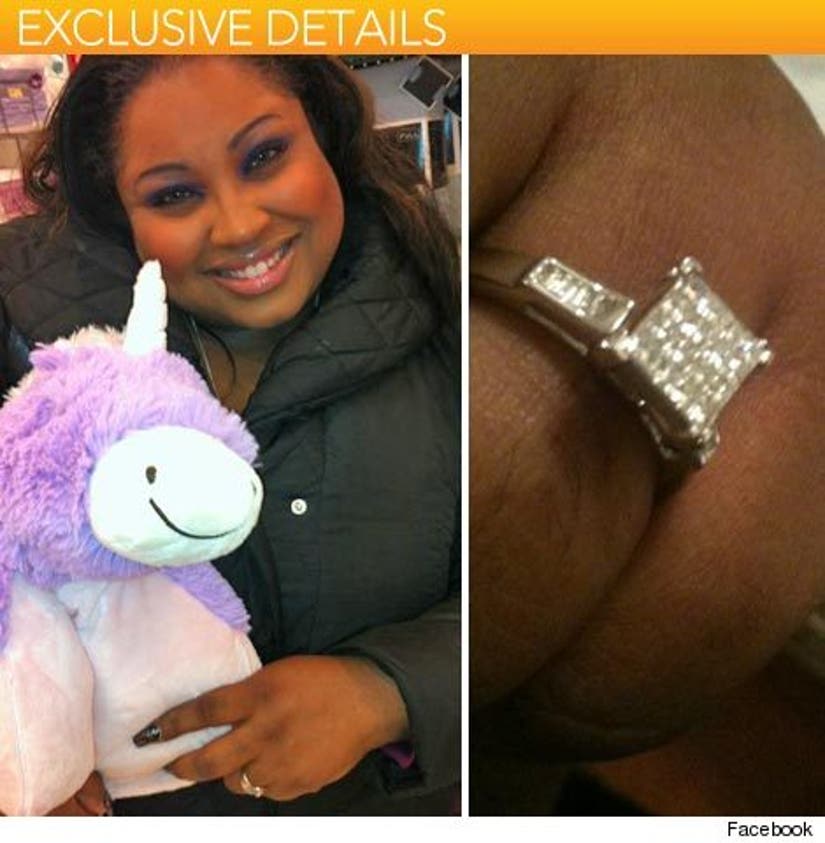 Tanisha Thomas, who was on the second season of "Bad Girls Club" and the 7th season of "Celebrity Fit Club," got a holiday proposal over the weekend from boyfriend Clive.

We're told her man popped the question during Christmas dinner in front of Tanisha's mother, aunt, brother and cousins -- and Thomas immediately followed up the proposal by posting a photo of the engagement ring on her Facebook.

Thomas tells TooFab she wants a "fantasy type wedding" with an 8-tier wedding cake and a horse and carriage.

Tanisha also says other former "Bad Girls" will be bridesmaids and she hopes WEtv's David Tutera will plan the big event.

Tanisha estimates 200 guests for the giant shindig -- which she says will likely take place in 2012.