Both Shania Twain and Valerie Bertinelli kicked off 2011 by walking down the aisle with their respective beaus on New Year's Day! 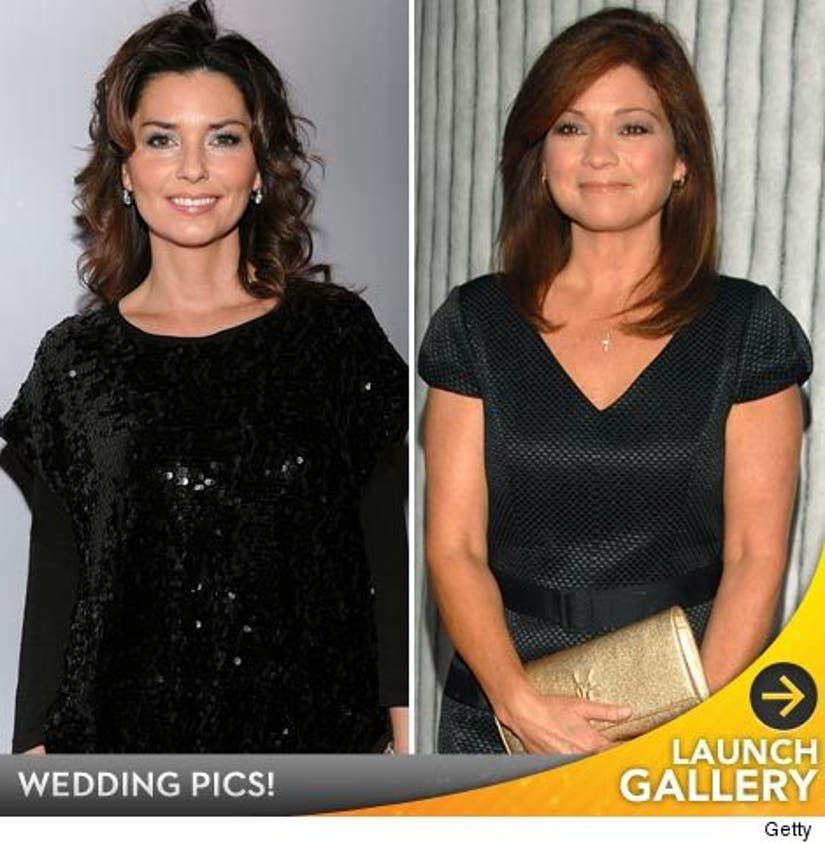 Twain married Frederic Thiebaud on Saturday at a private mansion in Rincon, Puerto Rico. After the couple exchanged vows, the entire wedding sang "All You Need Is Love." The festivities also included a fireworks show, and Shania performed at the reception.

Valerie Bertinelli, meanwhile, married businessman Tom Vitale, her beau-of-six-years who she got engaged to in May, at her home in Malibu on Saturday. Among the guests? Bertinelli's ex, rocker Eddie Van Halen!