"Bachelorette" alum Jesse Csincsak and his "Bachelor" alum wife Ann Lueders are expecting their first child at the end of January--and TooFab's got exclusive "getting ready for baby" photos...and the baby's gender and name! 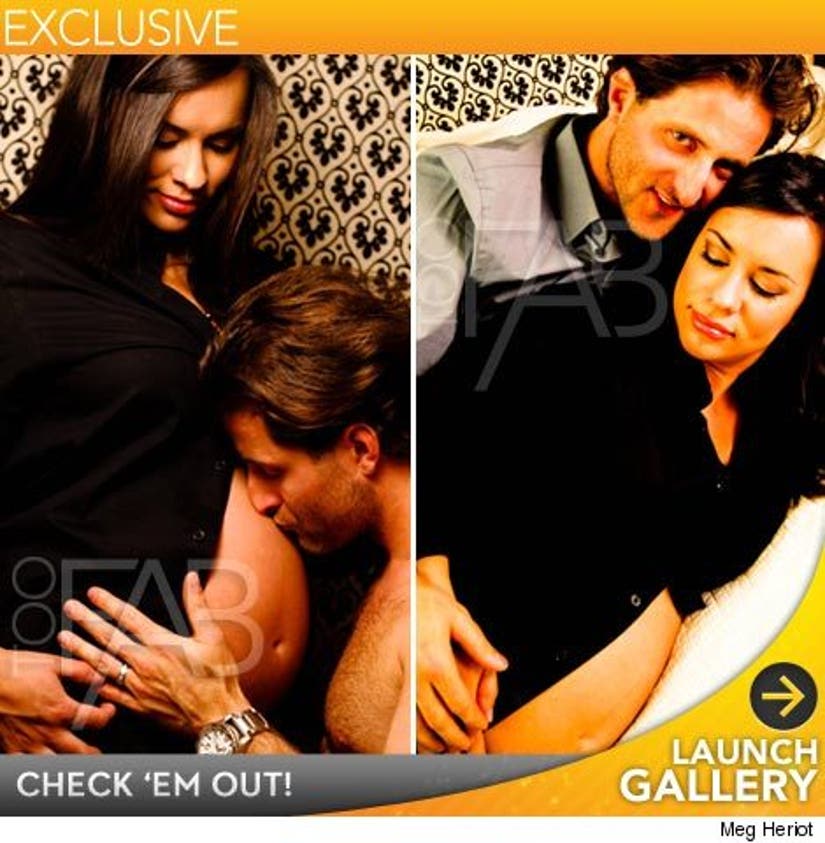 Jesse reveals to TooFab that the couple are having a boy! "We definitely wanted to know. The first appointments that we had were in Phoenix, and it was really early on, and they go, 'There's no doubt about it. it's gonna be a boy!,' and I was like 'that's right, that's my son!'"

Ann chimes in, "We found out when we were like thirteen weeks [along], which is so early, and the doctor was like, 'Oh yeah, you can definitely tell it's a boy,' and you could see Jesse's face light up."

As for the name, "Ann and I have chosen to name him Noah Csincsak. We're stil not sure about the middle name."