The cast of "Glee" escaped McKinley High this weekend to let loose in Las Vegas! 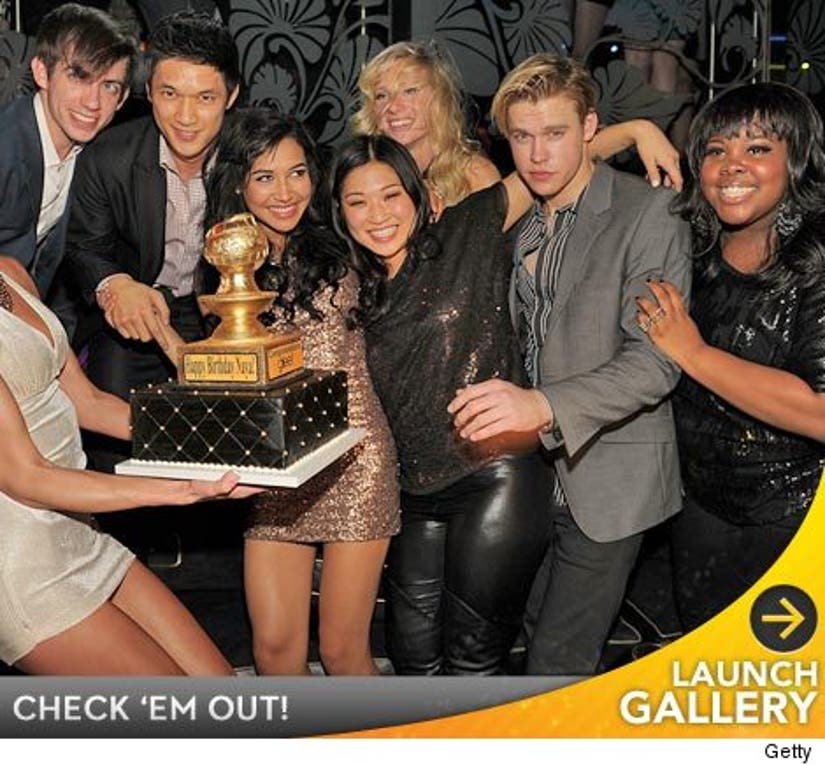 Naya Rivera, who turned 24 earlier this month, celebrated her special day at The Bank nightclub at the Bellagio -- where she was joined by co-stars Cory Monteith, Heather Morris, Harry Shum Jr., Jenna Ushkowitz, Chord Overstreet, Kevin McHale and Amber Riley.

Noticeably absent: Lea Michele, Chris Colfer and Dianna Agron -- though Lea tweeted over the weekend that she was workng on a mystery project, saying "It's very rare that u could have so much fun working on a weekend! Can't spill the beans yet as 2 what I was up 2 2day..but it was awesome!"

After the party, Naya tweeted "So much fun in Vegas! I love my friends and so glad everyone had a great time."

Check out the party pics above -- and give a listen to our sneak peek at "Glee's" Super Bowl episode, featuring songs from Michael Jackson, Lady Antebellum and Destiny's Child!