Kim Kardashian is breaking the Internet again -- and this time, it's all because of an old Prince video!

The reality TV star and then-boyfriend Kris Humphries were in the audience for the Purple One's show at Madison Square Garden back in 2011 -- when he started pulling audience members from the crowd to come on stage to dance.

Telling the crowd "She might be too sexy," Prince picked out Kim and then waited for her to start moving ... and she completely froze! "Get off the stage!" he shouted.

The video went viral at the time -- and made the rounds again, after his tragic death.

On Friday evening, Kim finally sounded off on Prince's passing, sharing a photo from this moment on Instagram. ""I will always remember this moment with one of my favorite artists! I was so star struck I froze RIP Prince," she captioned the pic.

VIDEO: Jennifer Hudson and Alicia Keys Bring Down the House with Their Prince Tributes

She reportedly got a second chance on stage, tweeting again later "Went up on stage AGAIN! This time I redeemed myself! We all danced while Prince played the piano! Wow! What a night!" 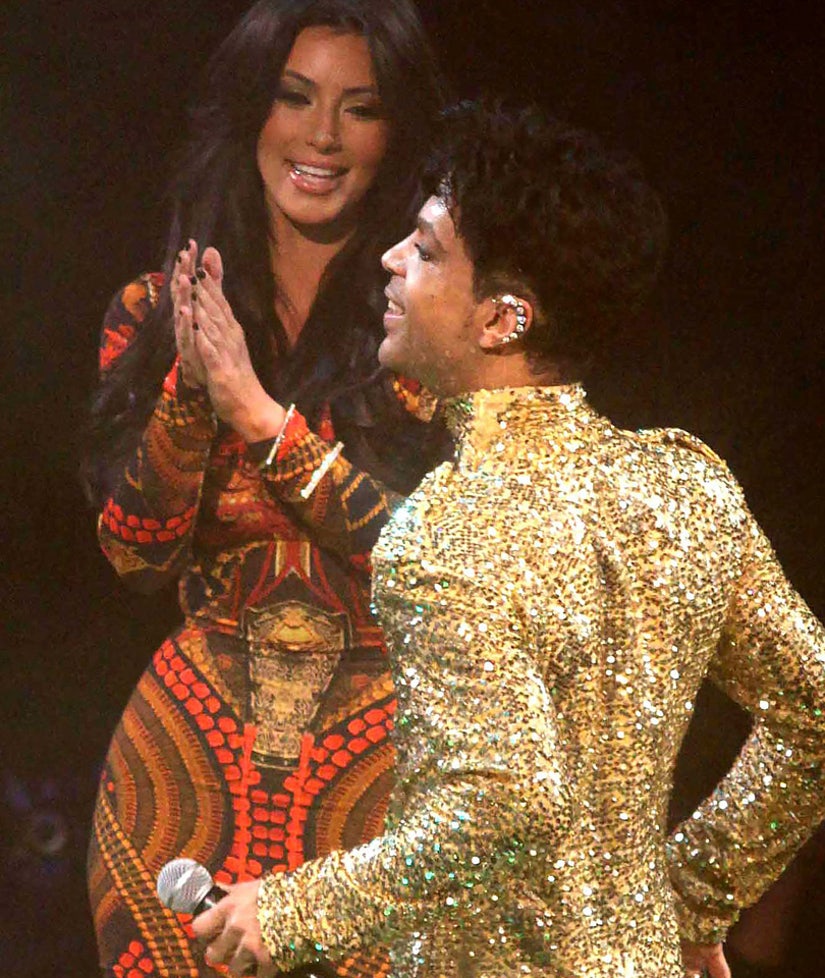