Britney Spears is going on tour this summer -- and this morning, she gave a sneak peek of what to expect when she performed on "Good Morning America." 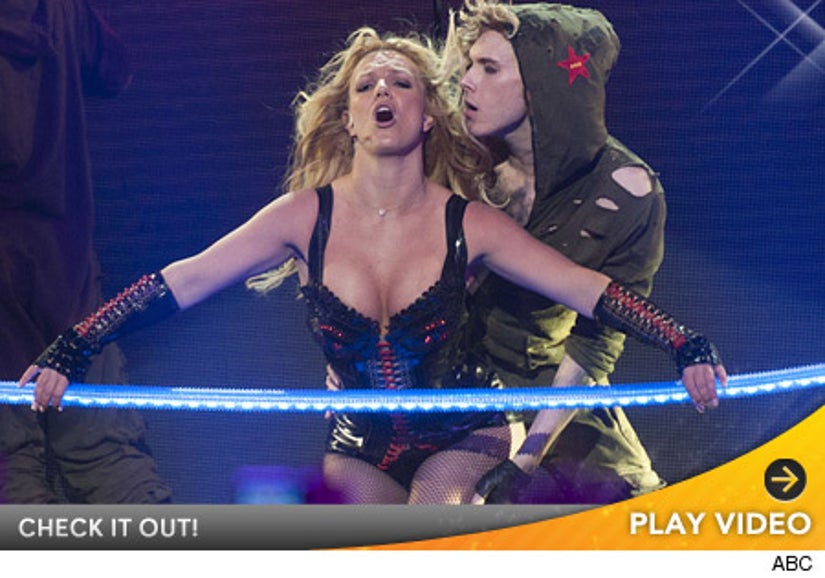 The singer, who broke news on the morning show by saying she'll hit the road with Enrique Iglesias this summer, performed three songs in a concert filmed Sunday in the Castro district of San Francisco.

Spears "sang" the first two singles from her new album "Femme Fatale," "Hold It Against Me" and "Till the World Ends" (Watch above!), plus a third song, "Big Fat Bass."

Britney said the tour kicks off in June -- check out tour dates and locations here!

UPDATE: Enrique Iglesias has reportedly dropped out of the tour. No other details were immediately available.

UPDATE #2 (11:20am PT): The Morning Mash Up on Sirius just asked Britney about the reports Enrique has dropped out -- She replied "I think he is coming."