Miley Cyrus and Liam Hemsworth split last August but she may be re-heating that relationship -- because the two were spotted together in L.A.! 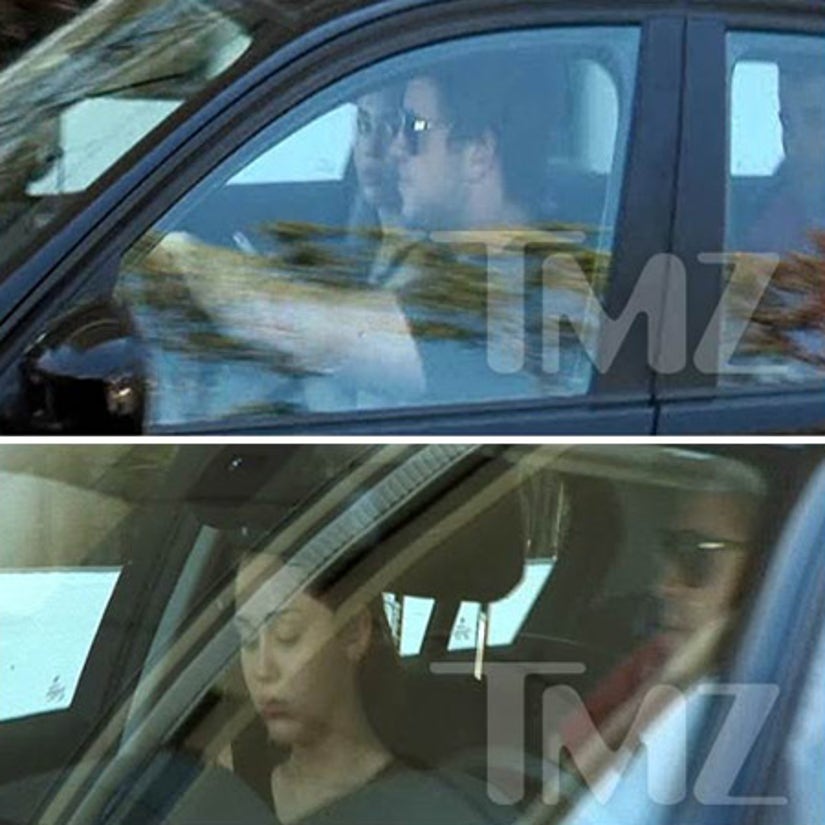 Our cameras caught the two getting cozy in a car outside the Coffee Bean in Hollywood yesterday, just days after the 18-year-old singer admitted she's seeing someone.

In an interview with "The Kyle and Jackie O Show" on Tuesday, Cyrus talked about her upcoming tour in Australia, Liam's homeland -- saying "I don't want to cross out the Australian boys but I may or may not be single... I love Australian boys though obviously."

She went on to say she and Liam are still "very close" and "I'm definitely not coming to Australia single."