We lost not one, but two talented singers last night on a double elimination episode of "American Idol" -- and, this week, two more ladies were sent packing. 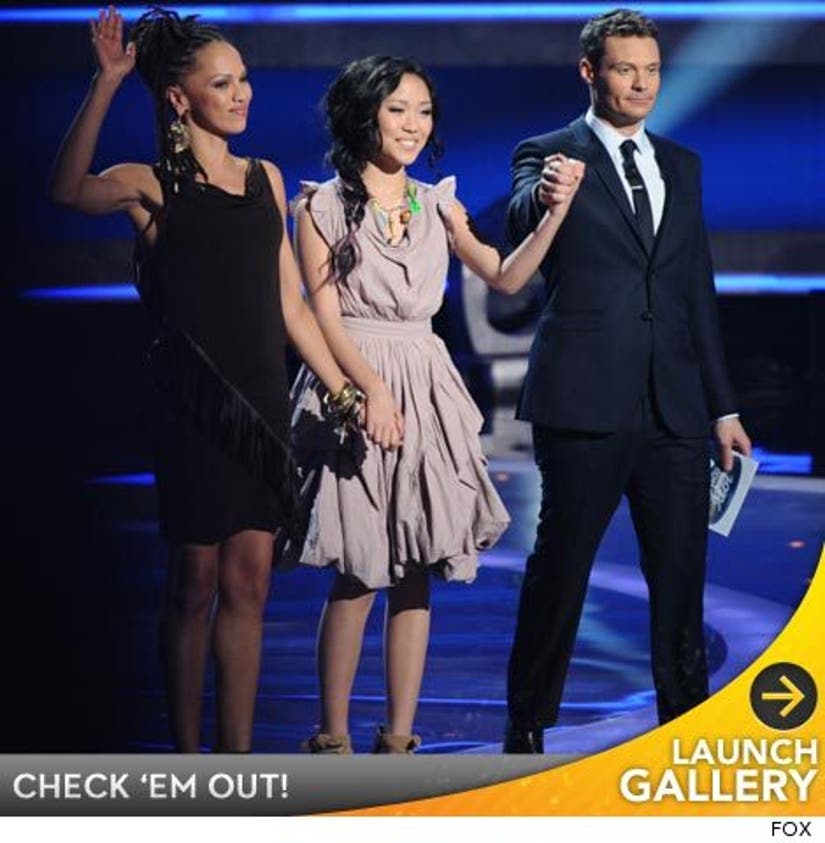 Finalists Naima Adedapo and Thia Megia were booted after nabbing the lowest number of votes for their performances of "I'm Still Standing" and "Daniel," respectively. Interesting to note: No guys have been kicked off yet, since Casey Abrams got a judges save.

Last night's episode also saw the return of former "Idol" winner Fantasia Barrino as well as will.i.am and Jamie Foxx -- who all performed for the results show.

The remaining contestants will be back next week to sing songs from the Rock and Roll Hall of Fame -- and will be accompanied by rock guitarist Jeff Beck.