"Scream 4" comes out in just two weeks -- and we've got your first look at some of the killer cameos to expect when the movie opens!

Anna Paquin, Kristen Bell, Lucy Hale and Shenae Grimes will be featured in the new film and are all rumored to be part of the big opening scene. 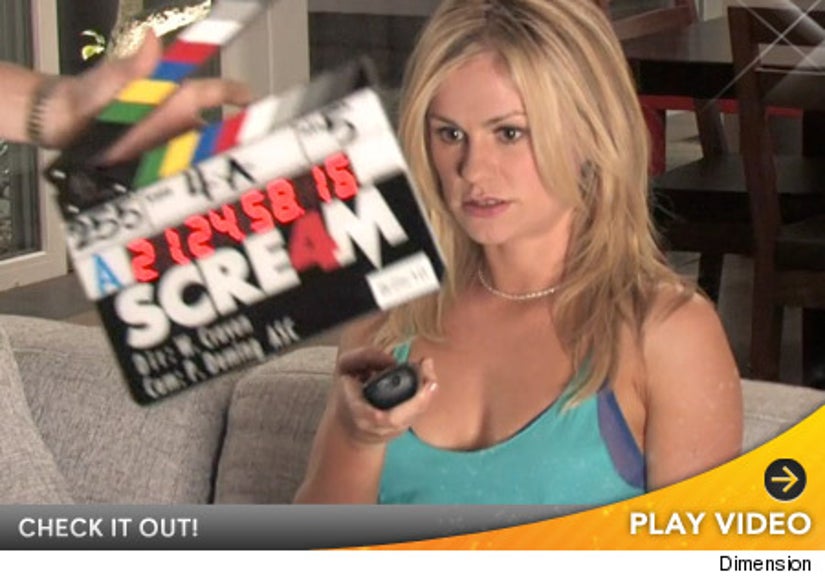 We got our hands on some behind the scenes footage of the four women shooting their scenes, showing Lucy and Shenae's characters taking some menacing calls from Ghostface and Kristen and Anna's characters analyzing the "Stab" films. 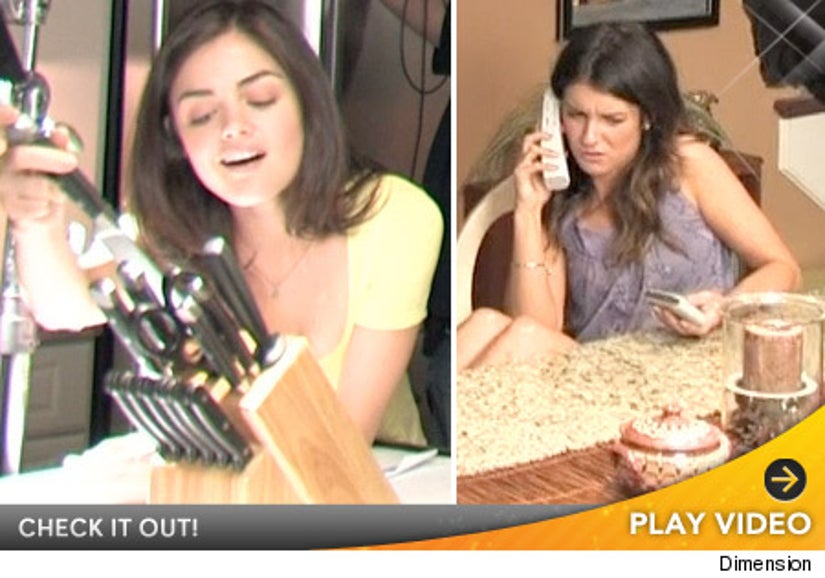 Being in the open never ended well for the characters in the other flicks -- just ask Drew Barrymore! -- but we'll find out their fates when the movie hits theaters April 14.

Check out the behind the scenes action!