Snooki added a new title to her resume: WrestleMania Champ! 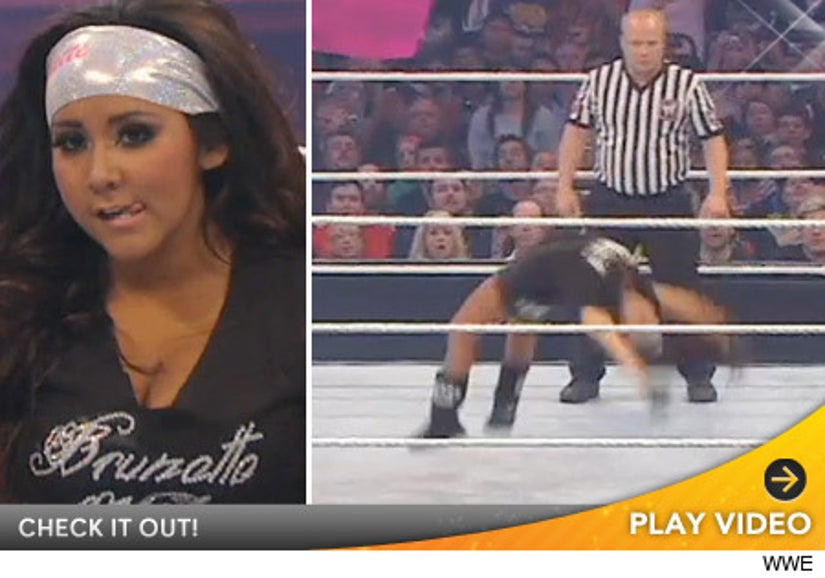 Snooki showed off some crazy acrobatics during her appearance -- fighting it out as a member of the "Brunette Mafia" -- and did some crazy flips while attacking McCool. 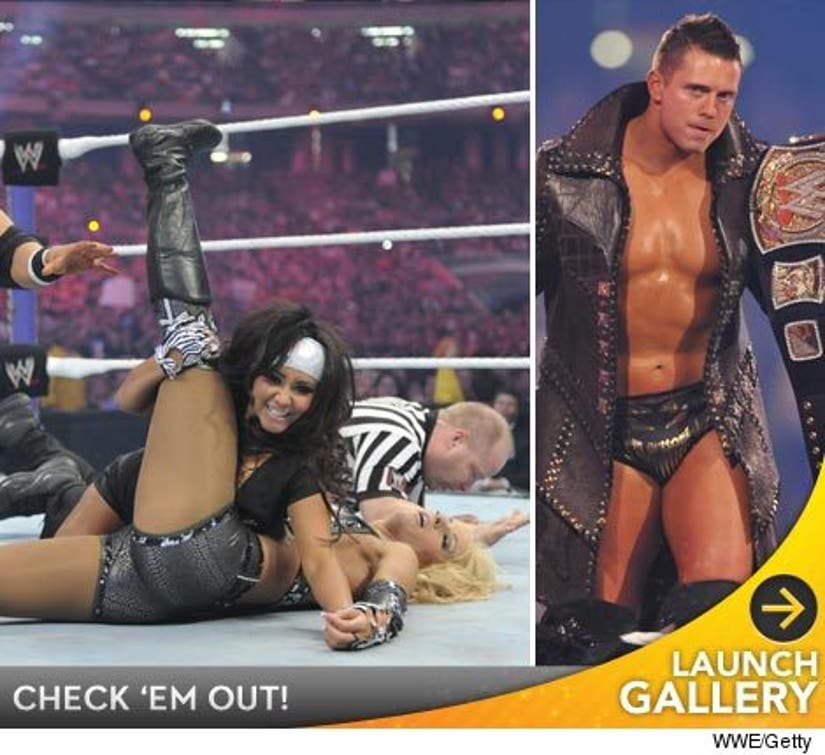 Check out her wild moves -- plus more shots from WrestleMania 27!