Meet the boys who will battle for Katniss Everdeen: Josh Hutcherson and Liam Hemsworth! 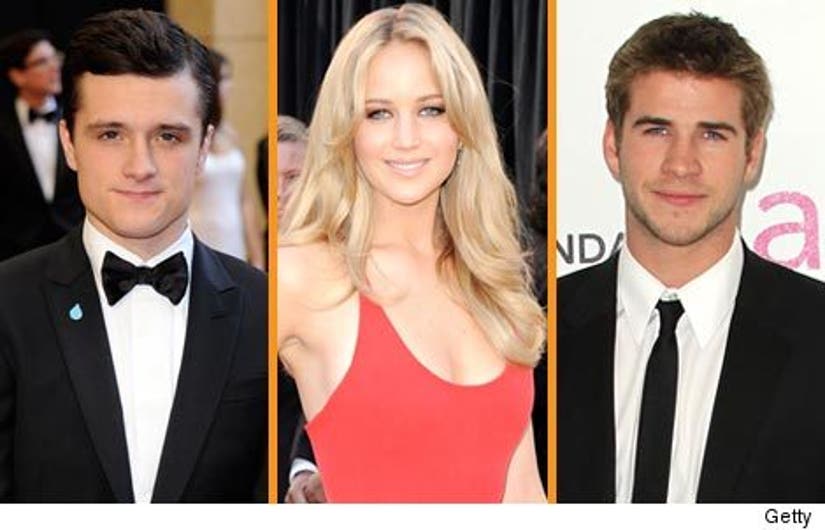 The two young heartthrobs have been reportedly cast as love interests in the high-profile movie version of "The Hunger Games," which will star Jennifer Lawrence in the lead female role.

Hutcherson, who was in last year's hit "The Kids Are All Right," will play Peeta in the upcoming flick, while Hemsworth, Miley Cyrus boyfriend and co-star of "The Last Song," will play Gale Hawthorne.

To those who haven't read the books, Gale is described as Katniss' older, handsome, longtime friend while Peeta is a classmate who fights alongside Everdeen in The Hunger Games and has always harbored a secret crush on her.

Like "Twilight," the love triangle is central to the plot.