Eva Longoria talked about her divorce from Tony Parker for the first time last night -- and it was a topic that clearly struck an emotional nerve, as she started fighting back tears as she spoke. 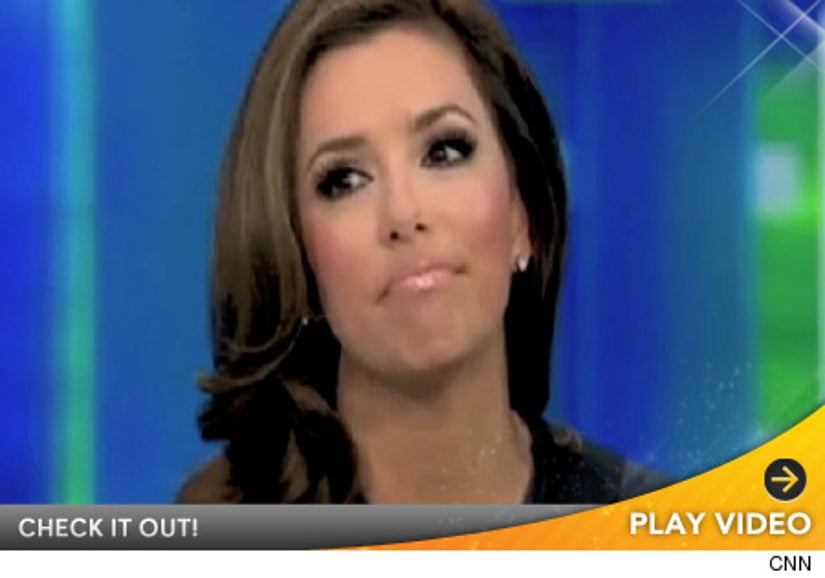 "It was heartbreaking," Longoria said of the split on "Piers Morgan Tonight," "it was disappointing because I had such an identity in being Mrs. Parker and being a wife, so when that's taken away from you, you go, 'who am I,' and it was hard."

The "Desperate Housewives" star only had good things to say about her ex though, telling Piers "I would never speak ill about him or the time we had together, I really really valued it."

Eva adds, "He's not a bad person. He just wanted something else and I don't hate him for it ... I love him, we still talk, we still are in each others' lives."

Since the split, Longoria has been linked to Eduardo Cruz, Penelope's brother.