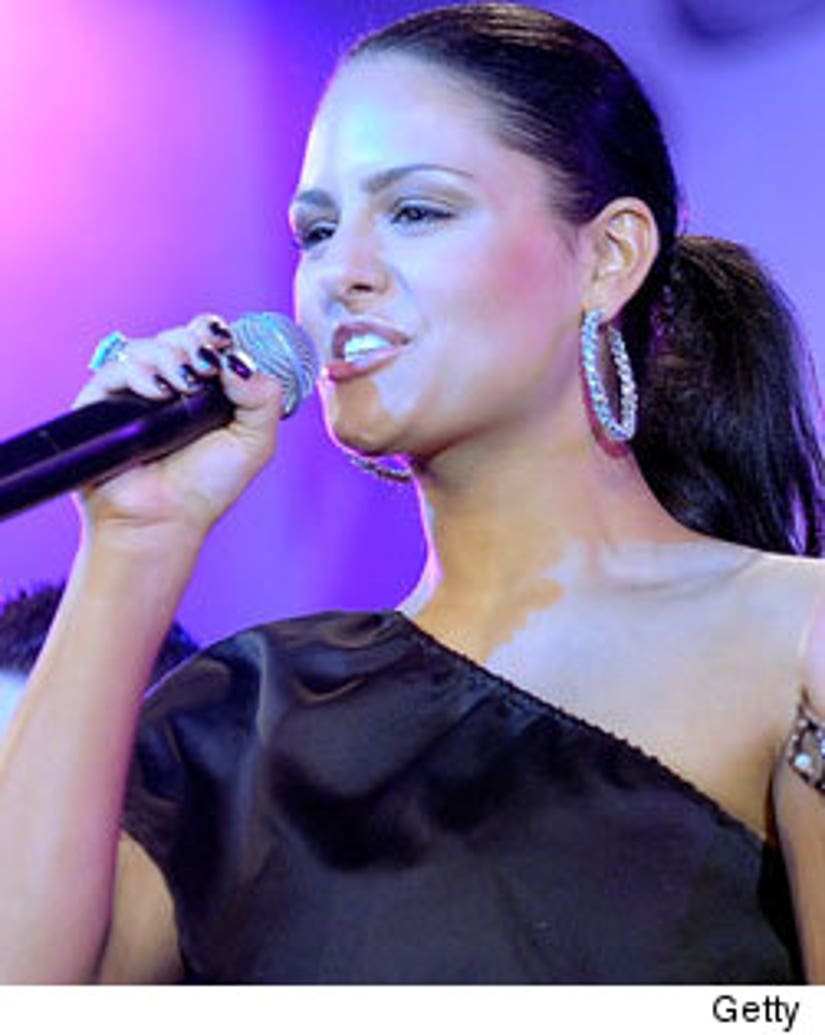 The "American Idol" judges weren't the only ones shocked over front-runner Pia Toscano's elimination Thursday night.

The 22-year-old beauty found herself in the bottom three for the first time this season along with Jacob Lusk and Stefano Langone. Jacob was declared safe, and Stefano was visibly shocked when Ryan Seacrest announced that Pia received the lowest number of votes.

The studio audience booed, and the judges expressed anger over the elimination.

Hollywood's elite took to Twitter to express their outrage, with Twitter king Ashton Kutcher leading the charge: “Who are the people that vote on American idol? That's just crazy! That Pia girl is dope! #almostcriminal.”

Tom Hanks was also shocked. "Don't have an IDOL habit, but how could the USA vote Pia off? I may be done for the season!" His wife Rita Wilson agreed, tweeting, "Was Pia punked ? How did she get voted off of American Idol? That is not OKAY!"

Former "Idol" personalities weighed in as well. “I can not believe they just eliminated Pia! Really?” tweeted Season 3 contestant Jennifer Hudson. "Are you watching Idol? I am shocked and sad," echoed former judge Ellen DeGeneres.

Meanwhile, other stars lent their support to the ousted "Idol."

Jessica Alba wrote, "Who's mad about Pia? I think she's got a promising career ahead of her. Girl can sing her butt off and she's stunning."

Alyssa Milano agreed, "Keep your head up, beauty girl. You're an awesome talent."

Cheryl Burke weighed in, "Pia is so talented and beautiful! Wish her the best. I'm sure her career will be full of success!"

As for Pia herself, she remained humble and thankful. "I'm truly going to miss my idol family! Thank you @JLo Randy and Steven for believing in me. Love you and love my fans!"

Tell us how you feel about Pia's elimination in the comments below.