A few sexy stars are stripping down for the next issue of Allure -- baring all for the magazine's May issue. 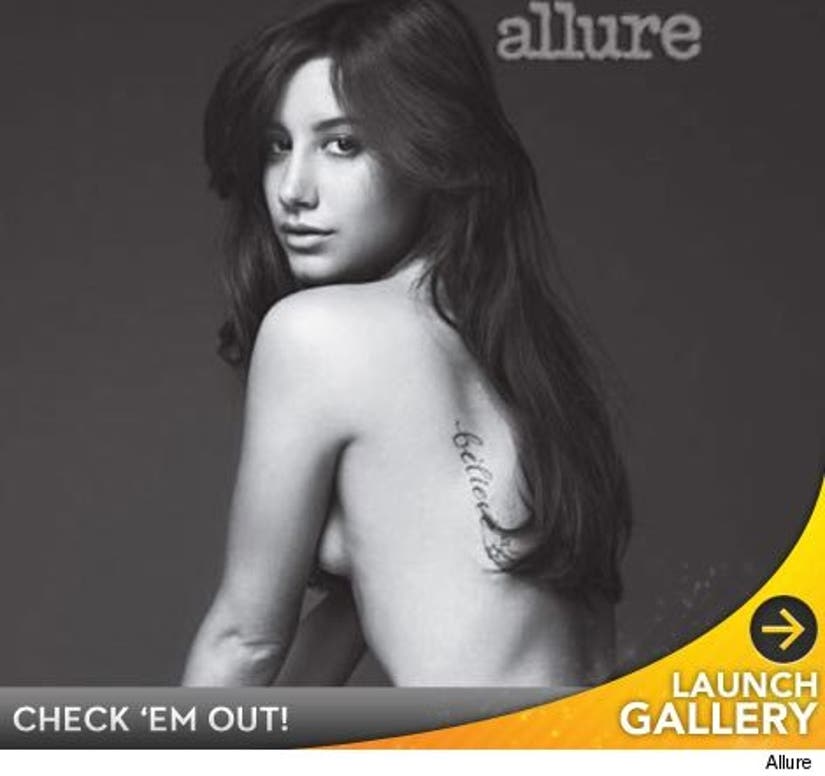 "Hellcats" star Ashley Tisdale, "Hop's" Kaley Cuoco, "Blue Bloods" actress Bridget Moynahan and singer Keri Hilson all get naked for the new issue -- and each had a different reason for doing it.

Tisdale says she did it to prove she's not a little girl anymore. "I'm 25, almost 26, but people think of me as much younger because I look young," says Ashley, "Being in this shoot was me saying, 'I'm not just the young girl everybody thinks I am. I'm actually a woman.'"

As for Cuoco, she had no problem doing the shoot but had a hard time letting two people know about it: Her parents.

"I have not told my family about this, and I'll tell you why: Until they see the photos, they won't understand," she says. "When I told my mom about the shoot, I left out the part about taking my clothes off. I was way more excited than I ever thought I would be. Which made me realize, I'm more comfortable in my own skin than I thought."

Check out the photos above -- for more from inside the shoot, check out Allure.com.