Vin Diesel faces off against The Rock in the new fourth sequel to "The Fast and the Furious," "Fast Five" -- and today we've got your first look at their sure-to-be-epic showdown! 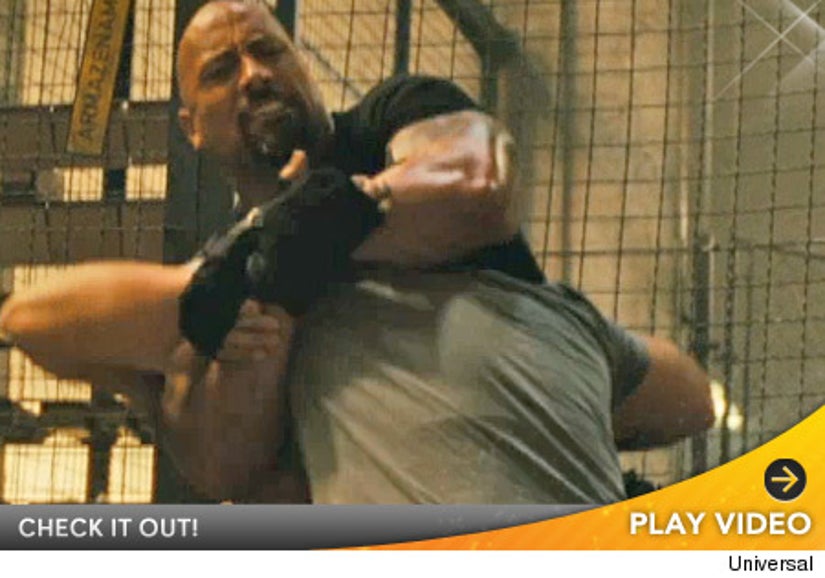 Dwayne "The Rock" Johnson plays a federal agent on the trail of Diesel's Dom and Paul Walker's Brian in the new flick, opening April 29 -- and the flick is heavily promoting a four-minute, no-holds-barred battle between Johnson and Diesel, which the wrestler called "a dream come true."

We've got three other clips from the flick below though, starting with a high-speed train rescue:

The gang steals a vault -- and then hauls it through the busy streets of Rio:

Dom goes on the run from The Rock: