It's been 11 years since Ghostface last chased down Sidney Prescott, Gale Weathers and Dewey Riley -- and with "Scream 4" slashing its way into theaters this weekend, does the franchise still have any life left in it? 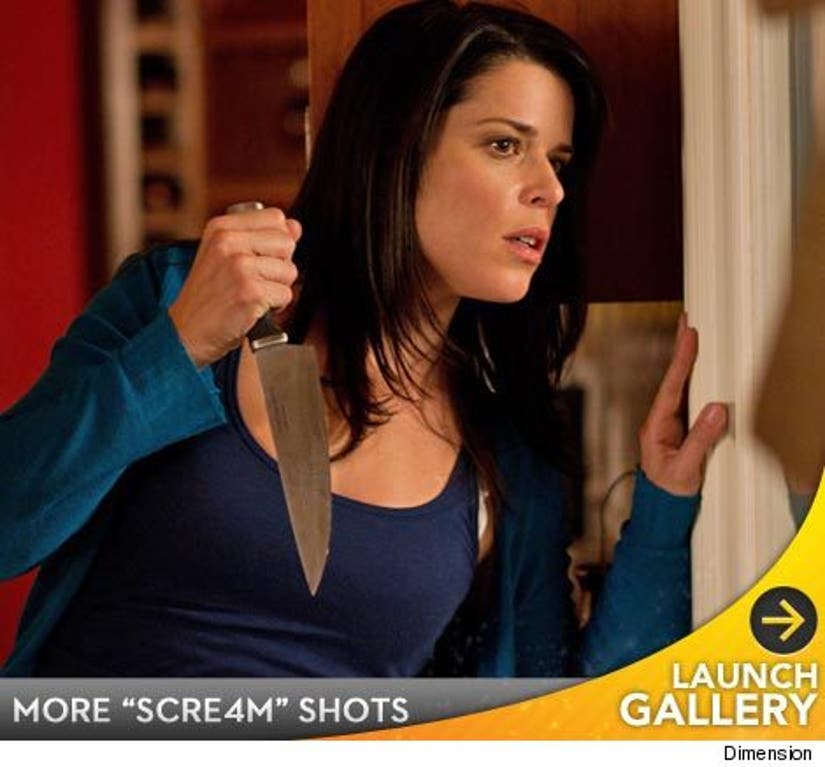 Our opinion: Yes, "Scream 4" is what "Scream 3" should have been -- as the flick definitely ranks above its predecessor, which was, without a doubt, the series' low point.

Taking place 10 years after the events of the last film, the new movie picks up with Neve Campbell's character returning to Woodsboro (where the first "Scream" took place) for the last stop on her book tour.

Her reappearance coincides with the double murder of two local teens -- shown in the film's big opening kill scene. We won't spoil it here, but it's a doozy of an opener.

Dewey (David Arquette) leads the investigation into the murders while bored housewife Gale (still played with just the right amount of bite by Courteney Cox) goes "rogue" to track the killer (or killers) on her own.

From there, it's an all-out bloodbath all over town -- with a new cast including Emma Roberts, Hayden Panettiere, Rory Culkin, Adam Brody, Alison Brie and Marley Shelton among the potential victims and/or killers.

As Randy Meeks warned in the first movie: Everyone's a suspect.

Sure, the movie has it's drawbacks: The film's soft focus is at times distracting, the humor occasionally crosses into "Scary Movie" territory, and, while the new cast members fit nicely into the franchise, we wish the original Gale/Dewey/Sidney trio got more play.

That being said, the final twist provides a relevant commentary on fame, the movie is filled with witty banter and the new, take-no-prisoners Ghostface provides a high body count.

The movie, directed by Wes Craven and written by Kevin Williamson, opens Friday.