Courteney Cox had only good things to say about estranged husband David Arquette last night on "The Late Show with David Letterman" -- but that doesn't mean they're getting together just yet ... and, in fact, she shot down his advances as recently as last week. 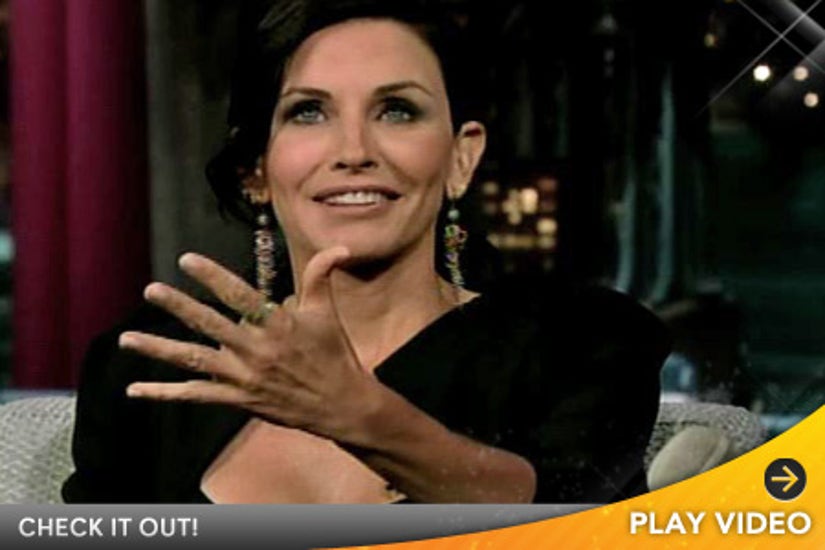 While talking to Howard Stern earlier this week, David admitted he tried to hit on Courteney during a trip to Disney World with daughter Coco -- at attempt Cox elaborated on last night.

"David told everyone 'I tried to hit on Courteney at Disney World.' I'm like, 'Dude, that's not really for everyone to know,' Cox explains. "He did try to hit on me. He hit pretty hard and I said, 'You don't have the fast pass right now. Not to that ride!'"

Though separated, their relationship sounds like it's still strong: "He's doing great, we're getting along great, it's kind of the best we've ever been ... I love him more than anything in the whole world."