No stranger to looking sexy on the red carpet, Jennifer Lawrence is taking it a step further in the new GQ -- showing off her curves in a couple retro bikinis! 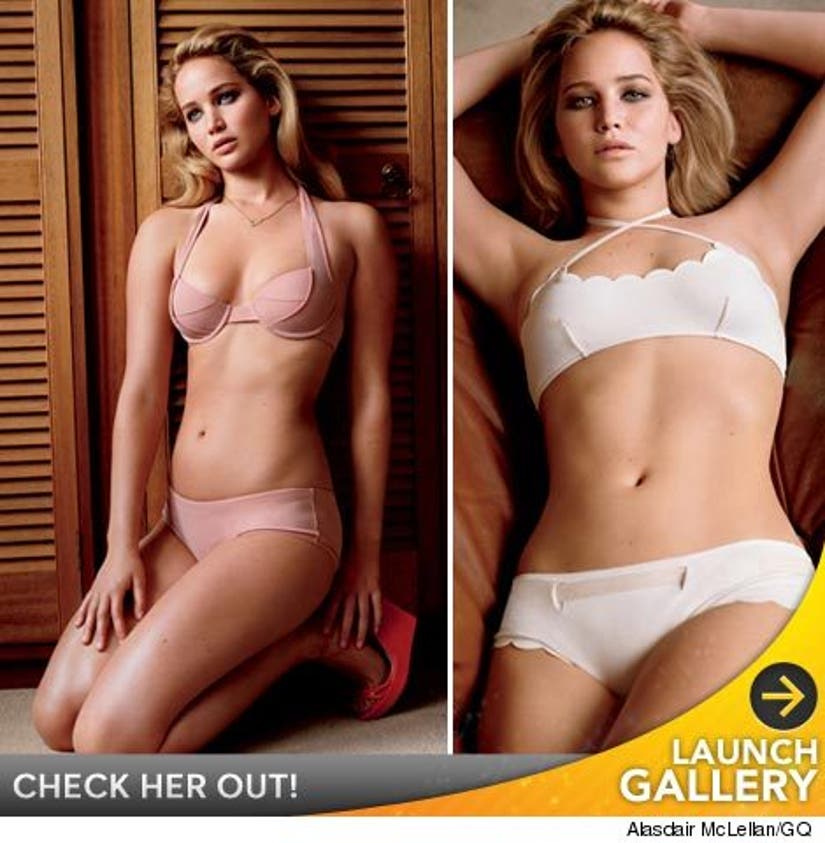 The 20-year-old actress, who was nominated for an Oscar this year for "Winter's Bone," has three huge projects on the horizon.

First, she'll be seen alongside Mel Gibson in "The Beaver," followed by her turn as shapeshifting Mystique in "X-Men: First Class" and as rebel teen Katniss Everdeen in the film adaptation of "The Hunger Games."

Check out Lawrence's sexy shoot -- plus more photos of the up-and-coming star!