Elizabeth Hurley hit the town Thursday night for a good cause.

The 45-year-old model arrived at the annual Hot Pink Party in New York City in a one-shouldered pearl gown. Proceeds from the event went to breast cancer research, a disease that has affected Hurley personally (her grandmother died of the disease).

Check out photos from the red carpet below: 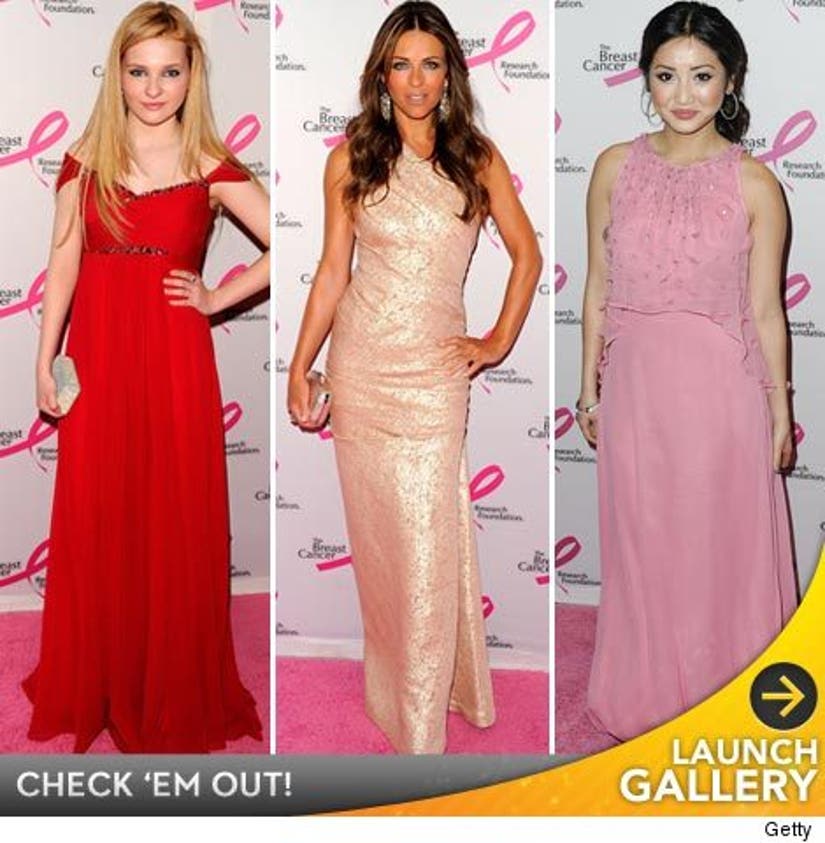 Estee Lauder, whom Hurley is a spokesmodel for, is a major donor to the Breast Cancer Research Foundation. In fact, company executive Evelyn Lauder is credited with co-creating the pink ribbon -- the symbol for breast cancer awareness.

Also in attendance was Abigail Breslin (in a gorgeous red Notte by Marchesa dress), "Gossip Girl" stars Kelly Rutherford and Matthew Settle, and "The Social Network's" Brenda Song. Naturally, pink was a popular color among the attendees.

Inside, they were treated to performances by Elton John and Sting.

Hurley made headlines earlier this month after divorcing husband Arun Nayar after four years of marriage. Hurley cited "unreasonable behavior" as the reason for the split.