Coachella wasn't the only hot spot this weekend -- as Las Vegas was also stuffed with celeb sightings! 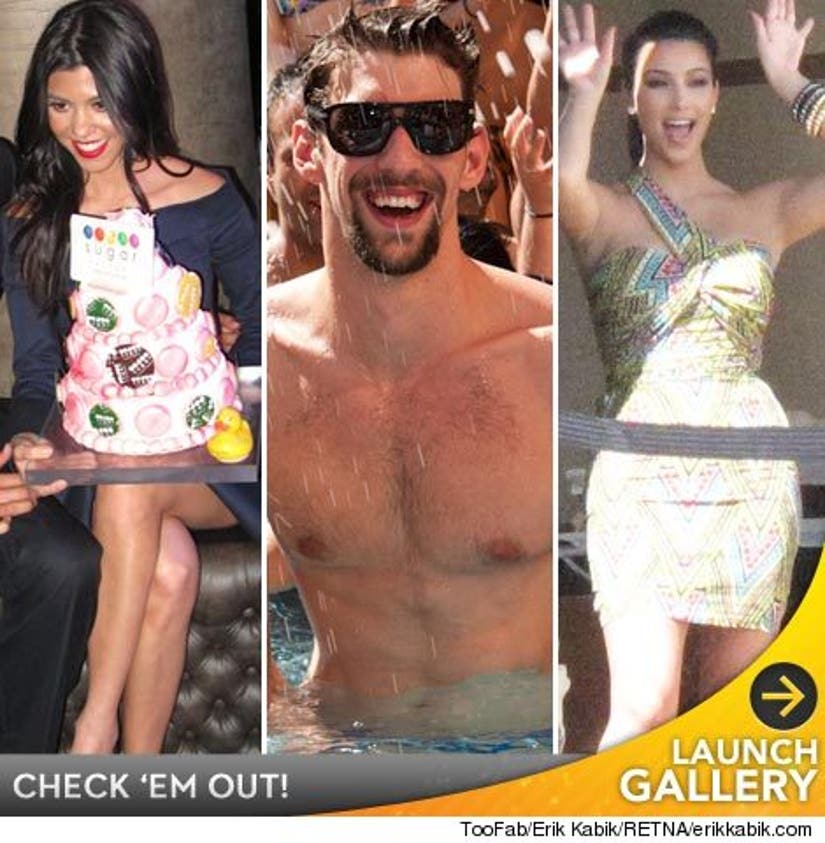 Kourtney Kardashian, who turns 32 today, celebrated her birthday early on Friday at Sugar Factory American Brasserie with baby daddy Scott Disick. The duo then continued to party at the grand opening of Gallery Nightclub at Planet Hollywood -- where they were joined by Holly Madison and Josh Strickland.

Barry Manilow also stopped by the party -- and even went over to talk to the birthday girl!

Kourtney's sister, Kim Kardashian, was also in Sin City this weekend, partying at the opening of Wet Republic at the MGM Grand.

Hers wasn't the only pool party though, Michael Phelps celebrated at the opening of the Encore Beach Club while Amanda Beard hit the Azure Luxury Pool at The Palazzo.