After two weeks of mishaps on "Dancing with the Stars," Kirstie Alley was ready for a change -- so good friend/former co-star John Travolta stopped by to help rid her of her "bad juju." 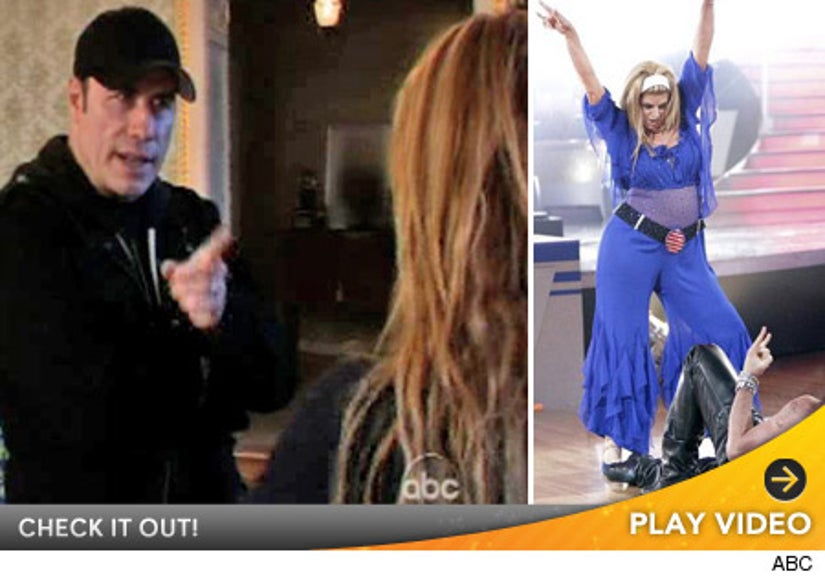 Travolta's first tip for Kirstie, who had to stop mid-dance last week to fix her shoe: Sneakers. The "Saturday Night Fever" star also told Alley to have some more chemistry with partner Maksim Chmerkovskiy before the two did a belly-baring foxtrot to "American Woman."

Hines Ward had the highest score of the night, getting a 27/30 from the judges, while Kendra Wilkinson and Louis van Amstel were once again at the bottom with a 22/30.