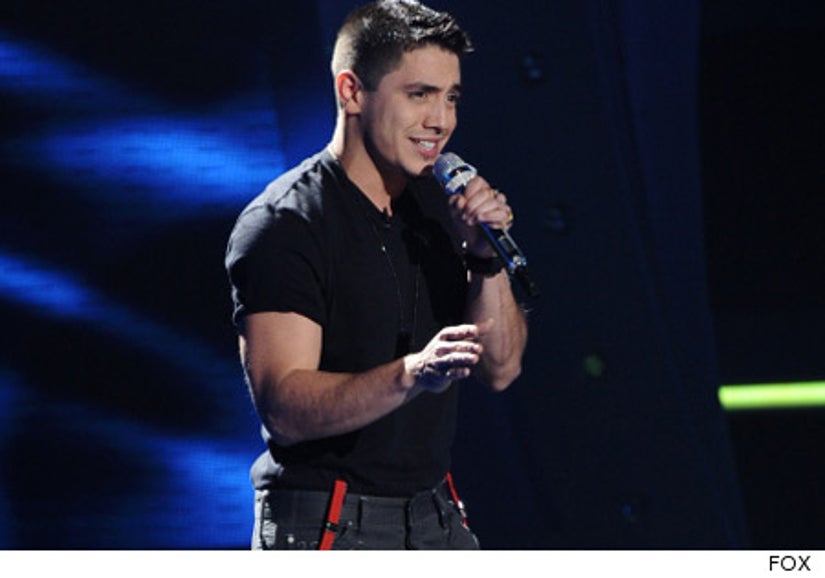 After four appearances in the bottom three (including Thursday night), the hunky 22-year-old singer was sent home. His performance of Ne-Yo's "Closer" -- which included lots of hip gyrating -- failed to get the voters going.

Joining Stefano Langone in the bottom three were Haley Reinhart and Jacob Lusk.

Still left in the competition are Scotty McCreery, Lauren Alaina, and James Durbin (none of whom have ever been in the bottom three), as well as Casey Abrams.