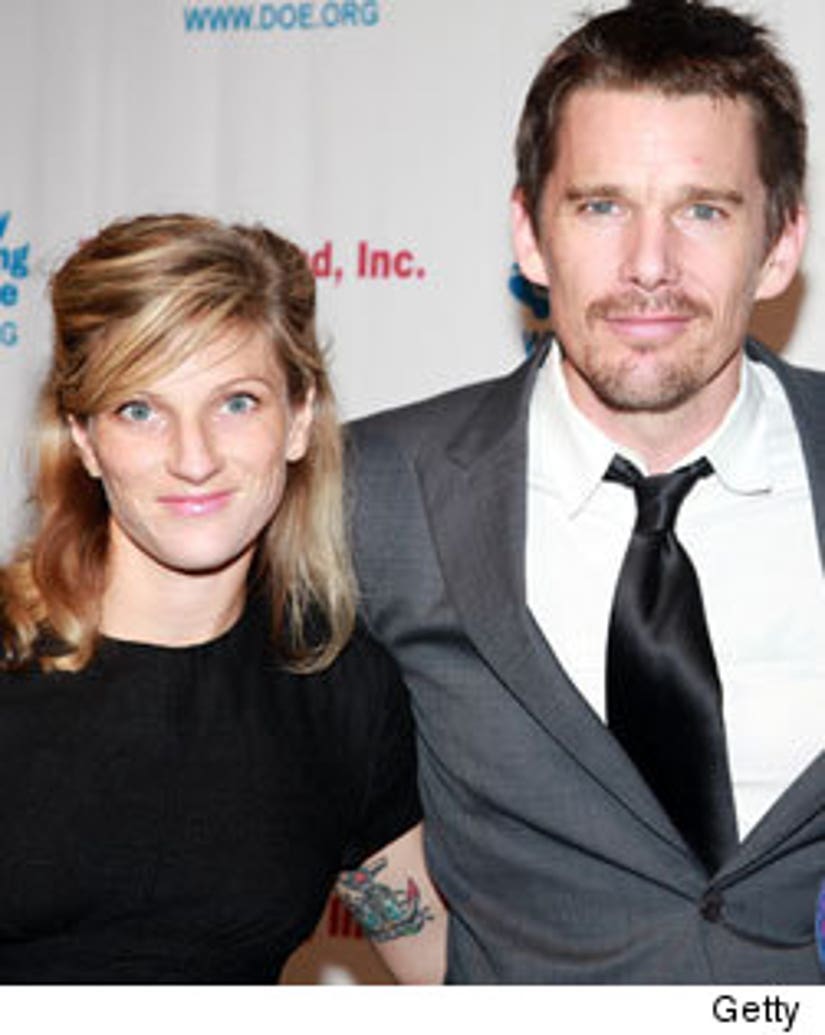 Ethan Hawke's nest is about to become a little bit fuller.

The 40-year-old actor is expecting his second child with wife Ryan Shawnhughes, a source close to Hawke tells Us Weekly.

The baby is the second for Hawke and Shawnhughes, who wed in 2008 and have a daughter, Clementine, 2.

Hawke also has two children -- Maya, 12, and Levon, 9 -- with ex-wife Uma Thurman. Shawnhughes once served as Maya and Levon's nanny.

Another family insider tells Us that Shawnhughes is about five months along, which means she'll probably have a summer baby.

Hawke is also playing a father on screen. The actor has been working on a film entitled "Boyhood," a story about a son of divorced parents growing up from age. What makes the film unique is that the film is actually being shot over a twelve-year period using the same actors. "Boyhood" is slated for release on 2013.