Joseph Gordon-Levitt is a huge metal fan. Like, huge.

The "Inception" actor demonstrated his passion for headbanging on "The Conan O'Brien Show" Thursday.

Because Gordon-Levitt no longer has long hair like he did in his "3rd Rock From the Sun" days, the talk show host was ready with wigs.

Gordon-Levitt rocked out so hard -- destroying Conan's set -- that the wig flew off. Even O'Brien's sidekick Andy Richter looked caught off guard by the heavy headbanging. Check out the video below. 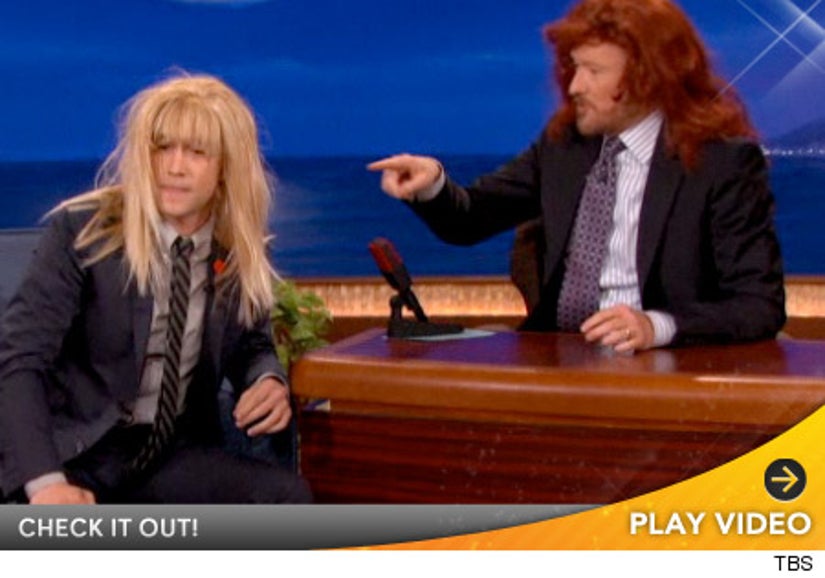 Earlier this week, it was announced Gordon-Levitt will be joining the cast of "The Dark Knight Rises" playing a beat cop named John Blake.