Glenn Beck is facing the wrath of Meghan McCain, after dissing her for appearing nude in a new skin cancer awareness PSA.

The talk show host pretended to vomit on his radio show yesterday while watching McCain's new ad, promoting the use of sunscreen to prevent skin cancer -- an issue her father, John McCain, dealt with when he was in middle school. Watch the ad below: 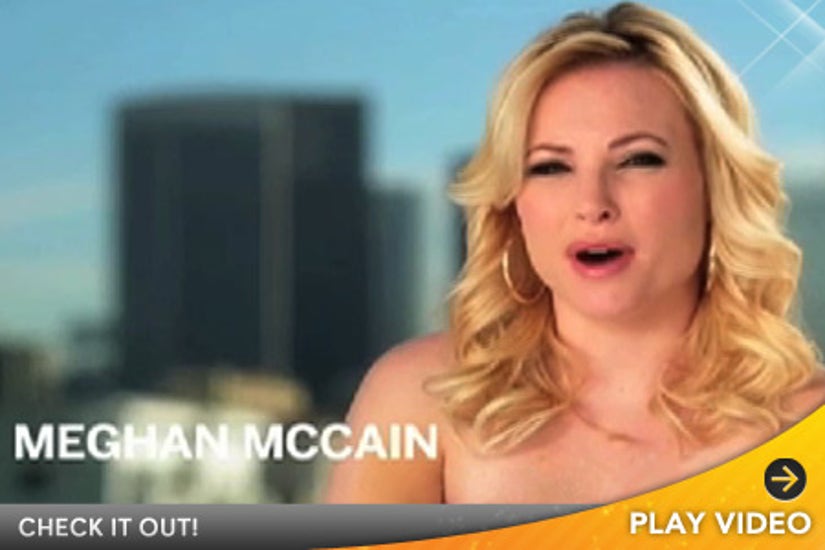 Well Meghan wasn't too thrilled with his reaction and took to The Daily Beast today to fight back. She writes:

"Clearly you have a problem with me, and possibly women in general, but the truth is, it's 2011 and I heard your show on Fox was canceled. Isn't that an indication that the era of the shock jock pundit is over?"

McCain continues, "There really is no need to make something like my participation in a skin cancer PSA into a sexist rant about my weight and physical appearance, because I'm going to let you in on a little secret, Glenn: you are the only one who looks bad in this scenario, and at the end of the day you have helped me generate publicity for my skin cancer PSA, a cause that I feel quite passionate about."

Meghan wasn't done there though -- also adding, "As a person known for his hot body, you must find it easy to judge the weight fluctuations of others, especially young women. So, thanks for spreading the word, Glenn. And next time, instead of jumping straight to the "Meghan McCain fat jokes" maybe try out some new material? Because the fat joke thing, it's been done so many times, I know a creative intellect such as yourself can do better than that."

FYI, the name of Meghan's post: "Shut Up About My Body, Glenn Beck."