It was a night of high profile falls for reality TV on Wednesday -- when two reality stars took tumbles during their big moments.

Haley was so into her performance of Led Zeppelin's "What Is & What Should Never Be" Tuesday night that she tripped on the stage right in front of the judging panel. The 20-year-old got right back up and finished strong. Watch it here: 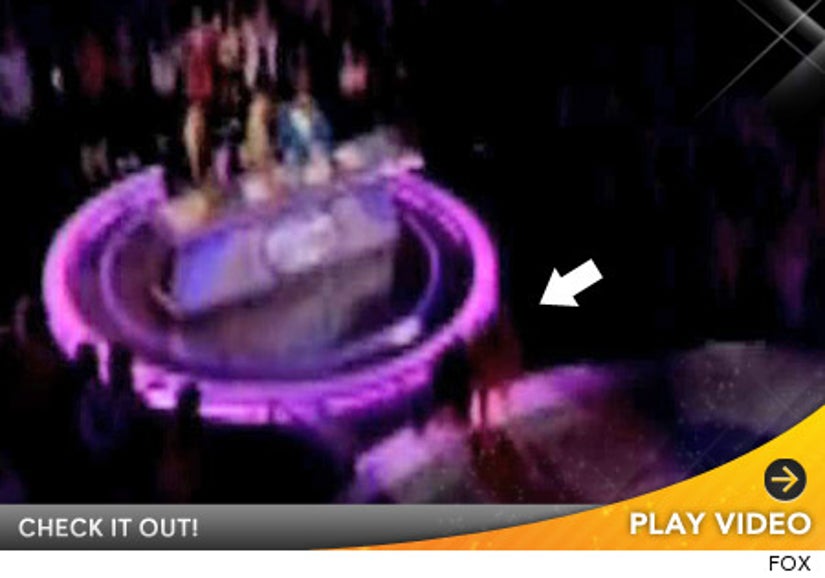 Haley blamed her stilettos for the stumble, but laughed it off. With her father Harry, himself a professional musician, by her side playing the guitar, nothing seemed to faze her.

The second fall: Brittani on "America's Next Top Model." Warning -- This Contains Spoilers!

Brittany took a dive during her final runway in show's finale last night when she slipped on some rose petals. Watch it here:

The young model broke down backstage after her fall, crying while saying "It just sucks because my mom's not even here ... I wish I could talk to her about all this and I can't!"

Despite her tumble, Brittani was still named "Top Model" and won the show's 16th Cycle.