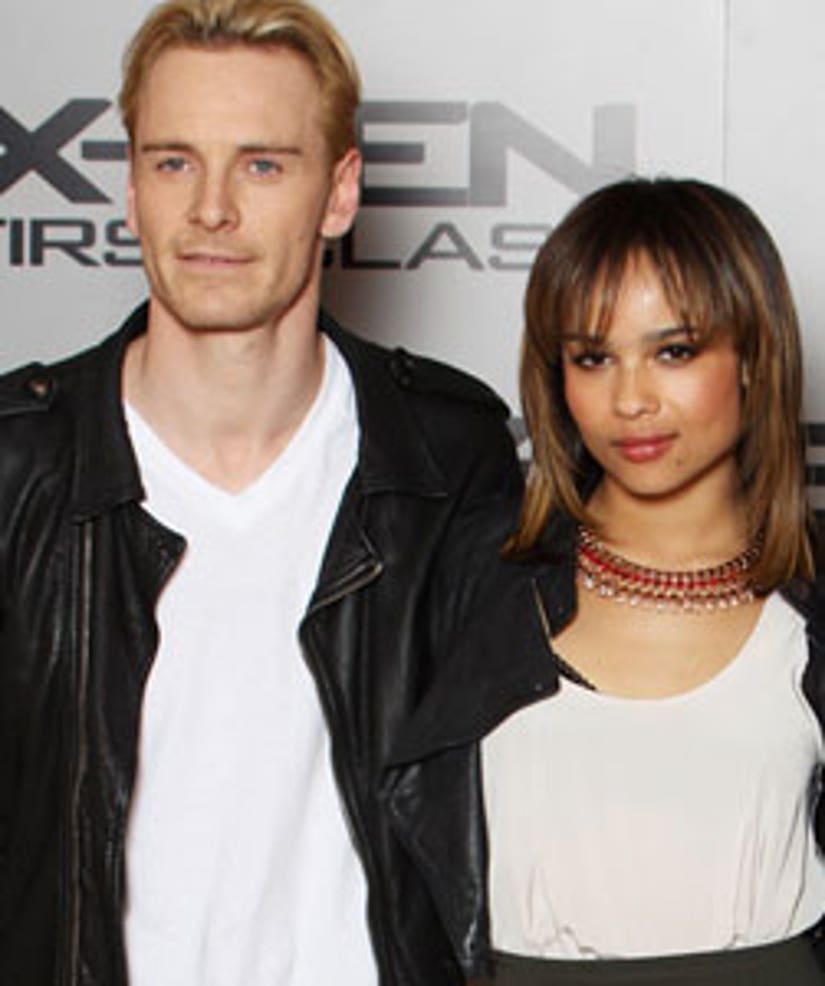 Previews for "X-Men: First Class" show Jennifer Lawrence and Nicholas Hoult sharing a kiss, but in real life, it's Zoe Kravitz and Michael Fassbender who are dating. Us Weekly was the first to report the news.

Kravitz, the daughter of rocker Lenny Kravitz and Lisa Bonet, began dating her costar while filming the mutant movie. Kravitz is 22, while Fassbender is 34. The two were spotted getting cozy in New York City over the weekend.

Their 12-year age difference doesn't seem to be a problem. A source tells Us, "Zoe's really mature for her age in that she has very strong opinions and she is very confident in herself. Most people are shocked to learn she's so young; she doesn't really bring it up and age would never stop her from dating anybody."

In the film, Kravitz plays Angel, an exotic dancer with insect-wings. Fassbender plays Erik Lehnsherr, who eventually becomes the villain Magneto. There's definitely an "attraction" between these two.

Check out these clips from the movie:

In the first clip, we see Sebastian Shaw (Bacon) and his Hellfire Club minions Azazel (Jason Flemyng) and Riptide (Alex Gonzalez) attack the hideout of the other mutants in an attempt to bring them to the dark side:

In the next, we see the Hellfire Club's sexiest member Emma Frost (January Jones) use her diamond-like skin:

And if that's not enough Emma for you, check out this behind-the-scenes video, where Jones wears little more than a cape and underwear: